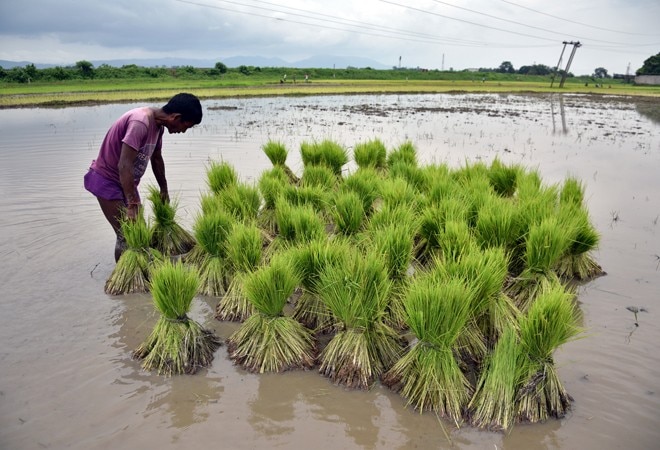 The statutory farmers' commission, headed by a farmer, comprising of an IAS officer as a full-time member-secretary and agriculture secretary as an official member, should review existing interventions, recommend new initiatives, repurposing of existing subsidies and allocation of resources, BKS said.

In a pre-Budget meeting called by Finance Minister Nirmala Sitharaman in Delhi on December 17, Ajay Jhakar, BKS chief said their suggestions were aimed at augmenting resources and interventions that will lead to structural changes to improve livelihoods of rural communities. Additionally, it will help retrieve the situation arising out of extremely low inflation over last few years, which has adversely impacted terms of trade for farmers, he said.

In addition to scrapping of PMFBY, the organisation wanted the central government to convince the states to bring alcohol, an agricultural produce, under the ambit of GST at the highest tax slab. Even after the states are reimbursed for giving up revenues collected from alcohol, the central government should have an annual surplus of over Rs 50,000 crores, he pointed out.

The organisation wanted the government to conduct a forensic audit of each fertiliser manufacturer, including a review of items qualifying for calculation of subsidy. "A system where subsidy is given in the name of the farmer, can objectively be reviewed when farmer organisations form a part of the review process. This could result in savings that run into thousands of crores of rupees," Jhakhar said.

Another suggestion proposed by BKS was to finance a long-term study to a consortium of farmer organisations for development of a measurement metric for farm ecosystem services. The need to set up a market intelligence system similar to USDA under the aegis of the Ministry of Agriculture & Farmers Welfare was another proposal. " Agriculture supply response (increase & decrease in production) is tremendously fast which most times creates shocks to the economy and the society. To offset the adverse consequence, India desperately requires robust farm level data collection, assessment and a 'nationally consistent database", Jhakar explained.

During the meeting, representatives of the agro-processing and rural development sectors submitted various suggestions to boost investment in agricultural sector and enhance market access to farmers. The finance ministry stated that the significant suggestions received from the stakeholders included building brands of Indian agricultural products abroad, giving processing industry benefits and importance equivalent to agriculture, accelerate depreciation benefit to agri-processing industry and revamping of PMFBY. Representatives also felt the need for expansion of multi-dimensional research in agriculture for development of new technologies and further suggested promoting start-ups in institutes of the ICAR and agriculture universities for young agricultural students, it said.