Asking Indians not to fall for propaganda against India, Devgn said it is important to stand united without any "infighting". 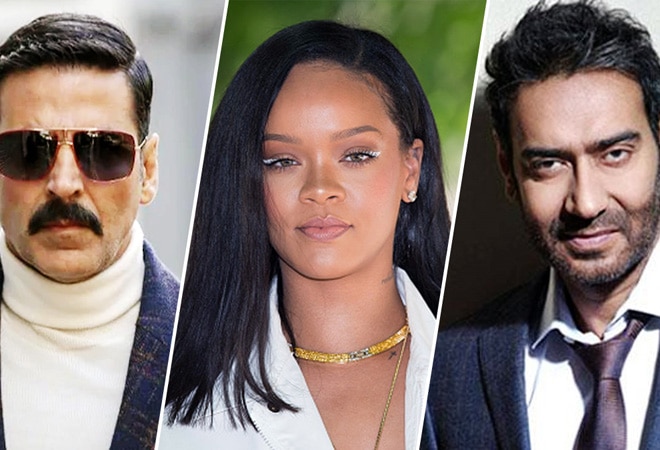 A day after Rihanna tweeted in support of the protests, Devgn and Kumar took to Twitter to call for "amicable resolution" and "to stand united".

Bollywood actors Ajay Devgn and Akshay Kumar have come out in support of the Central government on the issue of ongoing farmers' protests in Delhi, urging Indians not to fall for "propaganda".

A day after international pop star Rihanna and environmental activist Greta Thunberg tweeted in support of the protests, Devgn and Kumar took to Twitter to call for an "amicable resolution" and "to stand united".

Asking Indians not to fall for propaganda against India, Devgn said it is important to stand united without any "infighting".

Don't fall for any false propaganda against India or Indian policies. Its important to stand united at this hour w/o any infighting 🙏🏼#IndiaTogether #IndiaAgainstPropaganda

Sharing a statement by the Ministry of External Affairs (MEA), Kumar said it is evident that efforts are being undertaken to resolve the issues of farmers, who constitute an "extremely important" part of the country. He urged Indians to support an "amicable solution" and not pay attention to those creating differences.

Farmers constitute an extremely important part of our country. And the efforts being undertaken to resolve their issues are evident. Let's support an amicable resolution, rather than paying attention to anyone creating differences. 🙏🏻#IndiaTogether #IndiaAgainstPropagandahttps://t.co/LgAn6tIwWp

Earlier in the day, the Indian government had reacted strongly to comments by "foreign individuals and entities" on farmers' protests.

"Before rushing to comment on such matters, we would urge that the facts be ascertained, and a proper understanding of the issues at hand be undertaken. The temptation of sensationalist social media hashtags and comments, especially when resorted to by celebrities and others, is neither accurate nor responsible," the MEA said in its statement.

On Tuesday, Rihanna had questioned the suspension of internet services at the protest sites in Delhi, while Thunberg had supported the farmers' protests.

why aren't we talking about this?! #FarmersProtesthttps://t.co/obmIlXhK9S

We stand in solidarity with the #FarmersProtest in India.

Thousands of farmers, mainly from Punjab, Haryana and western Uttar Pradesh, have been protesting for over two months on the borders of Delhi against three new farm laws enacted by the Centre. While farmers claim that the laws will benefit corporates, the government has said it will raise the income of farmers by offering them better marketing alternatives and agriculture technologies.

The protests took a violent turn on January 26 during a tractor parade planned by farmers, resulting in clashes between police and the protestors.