India's fiscal deficit for FY21 is pegged at 3.5% but most economists expect it to rise to 5% in wake of sharp fall in revenue in the current fiscal 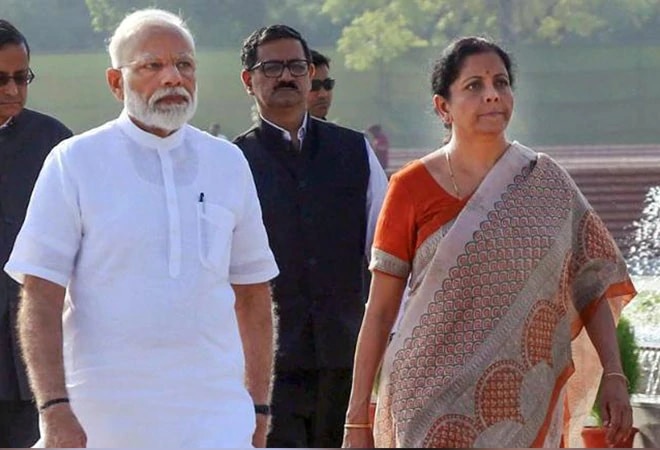 The fineprint of the Rs 20 lakh crore economic relief package is finally out and it seems the government is more concerned about fiscal deficit target and ratings downgrade by international agencies over putting money into the hands of people suffering due to coronavirus lockdown.

The actual cash outgo from Centre's coffers on account of government's Atma Nirbhar Bharat package will be less than 1% of GDP.

"The government seems to be more concerned about fiscal deficit. The question is why are they being so conservative. The answer one could think of is that the government is bothered about sovereign rating by international rating agencies," said R Nagraj, professor of Economics at Indira Gandhi Institute of Development Research.

"For rating agencies, crossing the fiscal deficit target is seen as very negative. So, if they downgrade India's rating, borrowing for India in future will be costlier. Therefore, India's ability to attract investment will go down," he added.

India's fiscal deficit for FY21 is pegged at 3.5% but most economists expect it to rise to 5% in wake of sharp fall in revenue in the current fiscal. Announcing fifth and the final tranche of stimulus package, Finance Minister on Sunday said that a total of Rs 8.01 lakh crore worth of support has been provided through monetary measures announced by RBI. The remaining support is in the form of government guarantee for loans, free ration and non-monetary measures among others.

British brokerage firm Barclays Research has estimated that the actual fiscal impact of 'Atma Nirbhar' economic stimulus package on the budget will be only Rs 1.5 lakh crore (0.75% of GDP).

While addressing the nation, Prime Minister Narendra Modi on May 12 had announced Rs 20 lakh crore stimulus to pull the economy out of the crisis. The stimulus, he had said, was to the tune of Rs 20 lakh crore which would make India self-reliant.

Speaking to BusinessToday.In, a noted economist on condition of anonymity said that government was still addressing the supply side issues while focussing not much on consumption demand. Further, fiscal stimulus does not compensate for the output loss in the last two months and hence businesses would find it difficult to re-start.

"Until government is willing to go beyond the available fiscal we would get only this kind of stimulus and problems would continue to be there," he said.

Being fair to the government, once money tap is opened it becomes very difficult to close it. For example, if government starts giving cash support or free ration everyone's happy but if the same is stopped, it creates resentment.

Coronavirus: Cooperative housing societies in Mumbai to screen its residents