By the time the Rafale deal was announced, the tax debt owed by Anil Ambani's firm had reached Rs 151 million euros, but the French authorities accepted 7.3 million euros as a settlement. 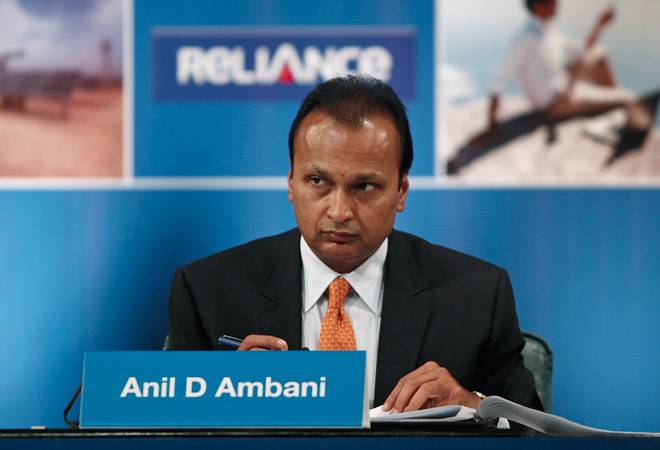 Reliance Communications has denied any wrongdoing and said the tax dispute was settled under the legal framework.

French tax authorities waived off tax debt to the tune of 143.7 million euros, or $162.6 million, in favour of Anil Ambani's France-based telecom company Reliance Flag Atlantic France. The tax dispute was reportedly settled between the months of February and October in 2015, at the time when India and France were negotiating the deal for 36 Rafale jets.

The company was investigated by French tax authorities and found liable to pay 60 million euros in taxes for the period 2007 to 2010.

Another investigation was conducted for the period 2010 to 2012 and asked Anil Ambani's telecom company to pay additional 91 million euros. In April 2015, PM Narendra Modi announced the deal for purchasing Rafale fighter jets from Dassault. By the time the deal for 36 aircraft was announced, the tax liability for Reliance Flag Atlantic France had climbed to 151 million euros, the report said.

Reliance offered to pay 7.6 million euros as a settlement. The French tax authorities refused. They conducted another investigation for the period 2010 to 2012 and asked for an additional 91 million euros in taxes.

Six months after Modi's Rafale announcement, the French tax authorities accepted 7.3 million euros from Reliance as a settlement, instead of the much bigger sum of 151 million euros.

So between February and October 2015, while the French were negotiating the Rafale contract with India, Anil Ambani enjoyed a tax waiver of 143,7 million euros from the French state. Quite a cozy deal, right?

Reacting on the matter, Reliance Communications rejected any wrongdoing and said the tax dispute was settled under legal framework which is available for all companies operating in France. An RCom spokesperson said the tax demands were "completely unsustainable and illegal" and that the company denied any favouritism or gain from the settlement.

"During the period under consideration by the French Tax Authorities - 2008 to 2012 i.e. nearly 10 years ago, Flag France had an operating loss of Rs 20 crore (2.7 million euros). French tax authorities had raised a tax demand of over Rs 1100 crore for the same period. As per the French tax settlement process as per law, a mutual settlement agreement was signed to pay Rs 56 crore as a final settlement," he said.

ALSO READ:Ericsson may have to return Rs 576 crore to RCom if insolvency suit is restored: NCLAT

Opposition parties on 'Rent a Cause' campaign; looking for issues against BJP, says Arun Jaitley