Piyush Goyal said that the government had initially identified 12 industrial sectors to focus upon, and the same has been expanded to 20 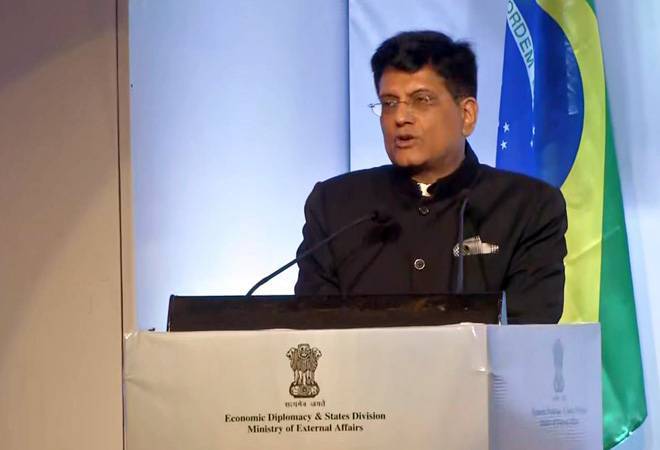 In a bid to revive the country's ailing economy that has been badly affected by the ongoing coronavirus-led lockdown, the Modi government plans to do away with physical inspections and lengthy paper trails to make investment easier in India. The government is soon going to set up a single window system for granting clearances and approvals to industries in the country, said Union Commerce and Industry Minister Piyush Goyal.

Talking to the sovereign wealth funds, the foreign pension funds and others on ease of doing business and investments in infrastructure sector in India, Goyal said that this would be a genuine single window and all the concerned state governments and central ministries are being taken on board for the system.

The union minister also said that the government is working on creating a land bank, for which six states have already given their consent. He said that the potential investors would then be able to locate and identify the land banks from their distant offices and finalise the location of industries, without frequently visiting the offices of land owning agencies.

On the issue of further easing and speeding up the process of approvals for industry and investments, the minister also referred to the recent decisions of the Cabinet to set up an Empowered Group of Secretaries led by the Cabinet Secretary to take decisions on various industrial schemes and projects. He also said that a nodal officer has been appointed in every central department and project development cells are being set up, which will help in development of investible projects by coordinating between the central government and state governments, and thereby grow the pipeline of investible projects in India and in turn increase FDI inflows.

Goyal said that the government had initially identified 12 industrial sectors to focus upon, and the same has been expanded to 20.  This will help in scaling up investment, and leveraging the competitive edge of the country. These sectors include furniture - standard as well as special furniture, air-conditioners, leather, footwear, agro-chemicals, ready-to-eat food, steel, aluminium, copper, textiles, electric vehicles, auto components, TV set-top boxes, CCTVs, sports goods, ethanol and bio-fuels, and toys.

He said that Aatma Nirbhar Bharat does not mean India is closing the doors for the world but widening its doors for opportunities and Investment with the focus on quality of the Indian products, increasing economies of scale for the production in India. The country will deal with the world from a position of strength, become more competitive, and imbibe best technology and equipment.  The industry should assimilate artificial intelligence, data analytics, robotic and all other best practices. He said using technology does not imply loss of lobs in any way, as jump in production in the country will lead to creation of more jobs.

The Commerce Minister said that conducive environment will be created for foreign investment in the health and education sectors also.  He said that investors will be given full support in terms of policies, processes, regulations, and everything will be transparent, open and equitable.

Replying to some other concerns of the potential investors, Goyal said the Baba Kalyani Report on Special Economic Zone is under serious consideration of the Ministry.  On the labour reform issues, he said that a balance has to be worked out between the interests of labourers and investors.

Goyal said that the government rightly focused on life and implemented one of the strictest lockdown in the world.  This proved important in the long run, in better managing the coronavirus pandemic. Now the country is focusing on lives along with the livelihoods and we are into the unlock phase.  The economic activity has already reached the respectable level as can be seen in several indicators. He said that we are now looking forward to growth in the 3rd and 4th quarters. The world has also recognised initiatives of the Modi government in doing exceedingly well during this crisis. India was able to create health infrastructure during the lockdown, as could be seen in self-sufficiency in the indigenous production of large number of PPEs and ventilators, and such a large number of COVID tests being undertaken on daily basis.

Goyal said that the risk-reward matrix is one of the most favourable in India, as the country is a great destination, has a much upwardly mobile population, with an aspiration for a better lifestyle. He invited the foreign investors to take part in the country's growth story.  The participants in the meeting gave various suggestion for furthering the ease of doing business in India, and the minister assured them that they will be suitably examined at the earliest.