TDP MP from Guntur, Galla Jayadev is one of the wealthiest politicians in India with declared assets worth Rs 683 crore in the 2014 Lok Sabha elections. 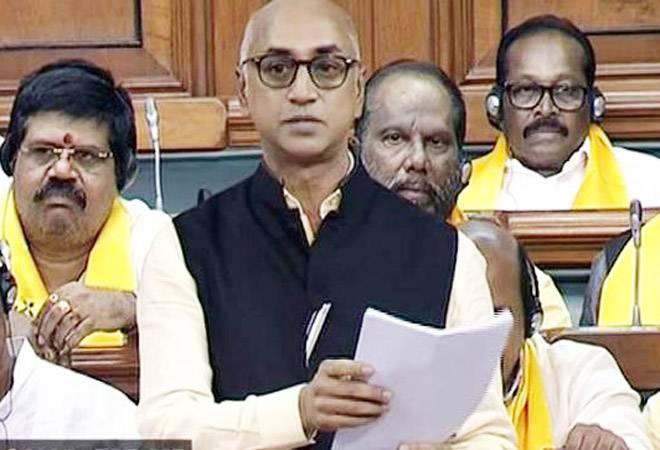 Indian American politician and industrialist Galla Jayadev came in spotlight in 2014 when he was won the Lok Sabha election from Guntur (Andhra Pradesh) on a Telegu Desam Party (TDP) seat.

Indian-American politician and industrialist Galla Jayadev came in spotlight in 2014 when he won the Lok Sabha elections from Guntur (Andhra Pradesh) on a Telegu Desam Party (TDP) seat.

The managing director of Amara Raja Group known for its automotive battery brand "Amaron" first grabbed headlines when he made a speech in Lok Sabha in July last year lashing out at the NDA government for not granting special status to Andhra Pradesh and initiated a debate on no-confidence motion.

Galla called the Modi dispensation a "sage of empty promises".

The TDP MP has yet again been given the Guntur ticket for the general elections next month for his efforts and voicing his opinions aloud on different issues of public interest in the Parliament.

He had trounced rivals from YSRCP and Congress in the Lok Sabha elections of 2014 to enter parliament, and on Tuesday he was once again granted Guntur's charge for the next month's elections.

Jaydev is one of the wealthiest politicians in India with declared assets worth Rs 683 crore in the 2014 general elections.

TDP released a list of 25 candidates for the upcoming Lok Sabha elections with Jaydev assigned to lead the party's charge in Guntur.

Ashok Gajapathi Raju, former Union Minister for Civil Aviation is given the party ticket to contest from Vizianagaram, while Lok Sabha MP Kesineni Srinivas is going to contest the elections from Vijayawada again.