Will not allow fiscal deficit to cross a red line: Chidambaram

The government will have to rein in spending and cut subsidies to meet its fiscal deficit target, Finance Minister P Chidambaram said, underlining that an austerity drive will not be blown off course by an election due next year. 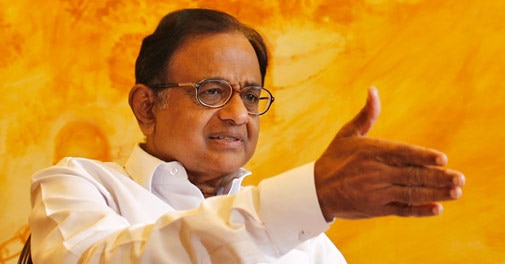 The government will have to rein in spending and cut subsidies to meet its fiscal deficit target, Finance Minister P Chidambaram said on Monday, underlining that an austerity drive will not be blown off course by an election due next year.

P. Chidambaram said ahead of a trip to the United States - where one stop will be to woo investors on the West Coast - that he will not allow the deficit to cross a "red line" set at 4.8 per cent of gross domestic product this fiscal year.

"We've issued austerity instructions, it will bring us some savings," he said.

The finance minister's vow to contain the deficit means there will be little room ahead of a tough election to spur growth, which has slumped from a double-digit pace in early 2010 to below 5.0 percent, its lowest in a decade.

The government recently introduced a plan to distribute cheap food for two-thirds of the population, a step widely seen as wooing voters ahead of the election. But - without giving details - Chidambaram pointed to food subsidies as one area where spending would need to be addressed in coming months.

Along with pallid growth, Asia's third-largest economy is facing stubborn inflation, companies are struggling and bank asset quality is worsening. But Chidambaram shrugged off the risk of a cut in India's sovereign credit rating, which is one precarious notch above junk status.

"There is no case for a downgrade," he said in an interview. "If any rating agency is looking for candidates to downgrade there are half a dozen other countries."

The Indian rupee was one of the hardest-hit emerging-market currencies recently amid alarm in financial markets about an imminent "tapering" of the US Federal Reserve's monetary stimulus, falling by about 20 per cent at one point from May.

It has recovered somewhat recently, and Chidambaram said the central bank may now be able to consider reversing some of the liquidity tightening steps it took to shore the currency up.

"If the volatility of the rupee has been contained and speculation has come to an end, the central bank may want to unwind some of the measures it took earlier, he said.

On Monday the Reserve Bank of India cut a key overnight interest rate, further dialling back an emergency measure it had imposed in mid-July in order to defend the rupee that had tightened market liquidity and pushed up borrowing costs.

Chidambaram said there would be some impact when the Fed's tapering - which was put on hold - does eventually come, but it was now mostly factored into the market and he was confident that speculators had been put in their place.

"We think we have sent a message to everyone - don't speculate on the rupee," he said.

"DON'T WRITE US OFF"
Chidambaram said the economic downturn was no reason to think that his Congress party, which has been weakened by years of fractious coalition rule and a string of corruption scandals, would be ousted in a national election that must be held by May.

"Don't write us off so easily," he said, adding that the next leader of the Congress party would be Rahul Gandhi, scion of the Nehru-Gandhi dynasty that has ruled India for most of its 66 years since independence.

"I am glad you acknowledge prime minister Rahul Gandhi, but that is a question you should put to him," Chidambaram said, when asked if he would serve again in a government led by the party's heir apparent if Congress wins a third straight term in office. "The time has come for the torch to be passed on to a new and younger generation."

He conceded that the Modi had united the rank and file of the Bharatiya Janata Party and "gained some traction among urban youths", but said his party's challenger was someone with a "very, very chequered track record".

TACKLING SUBSIDIES
An urbane Harvard-educated lawyer now in his third stint as finance minister, Chidambaram is widely seen as a business-friendly reformer.

However, the weak coalition government of Prime Minister Manmohan Singh has struggled to push through reforms that might correct underlying economic imbalances, such as loosening strict labour laws and implementing a goods and services tax.

Chidambaram said a jump in spending on fuel and food subsidies must be tackled sooner rather than later as part of a series of steps to stabilise the economy. India imports nearly 80 percent of its oil needs and the rupee's drop has made government fuel subsidies more costly.

"On the government side, sooner (rather) than later we will have to address the issue of higher subsidies than budgeted, on both fuel and food," he said.

Last month, the government shied away from raising diesel prices by close to 10 per cent to offset the financial damage Of the weaker rupee. Oil subsidies are now estimated at more than 900 billion rupees ($14.5 billion) - nearly 40 percent more than budgeted - for the current fiscal year.

The finance minister is unlikely to announce sweeping spending cuts, but he said he may rein in spending by some large government departments and would rigidly enforce rules that make it hard for ministries to fully utilise designated funds. ($1 = 61.8450)