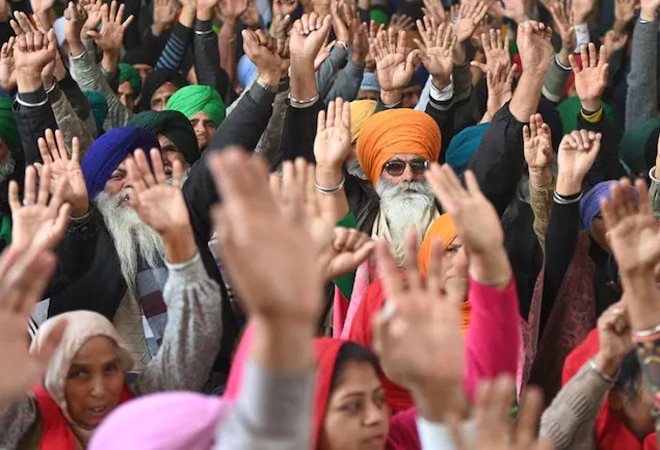 The Indian mission in the UK called the discussion "one-sided", based on "false assertions"

India on Tuesday, March 9, called in British envoy Alex Ellis to lodge a strong protest against the debate on farmers' protest and press freedom in the UK parliament that saw lawmakers critiquing the Indian government's handling of the agitation.

"Foreign Secretary made clear that this represented a gross interference in the politics of another democratic country. He advised that British MPs should refrain from practising vote bank politics by misrepresenting events, especially in relation to another fellow democracy," a statement issued by the Ministry of External Affairs (MEA) noted.

The Indian High Commission in London had also denounced the Westminster Hall discussion by some British legislators "over press freedoms and safety of protestors in India", held on Monday, March 8.

The 90-minute debate was held in response to a public plea that garnered over 1,15,000 signatures and saw Conservative, Labour, Liberal Democratic and Scottish National Party legislators urging the Boris Johnson government to express their concerns about the handling of the protest and media freedoms with the Indian dispensation.

Although several British MPs recognised the Indian government's agri reforms were its internal matter, they noted that their constituents had close links with India's farm sector and were perturbed by what they stated as the use of force against the agitating farmers.

The Indian mission in the UK called the discussion "one-sided", based on "false assertions".