GST Council has a few expectations, which will be formally informed to Infosys, says Nirmala Sitharam; among major "expectations" is to enhance load capacity of the GSTN from 1.5 lakh users at the moment to 3 lakh 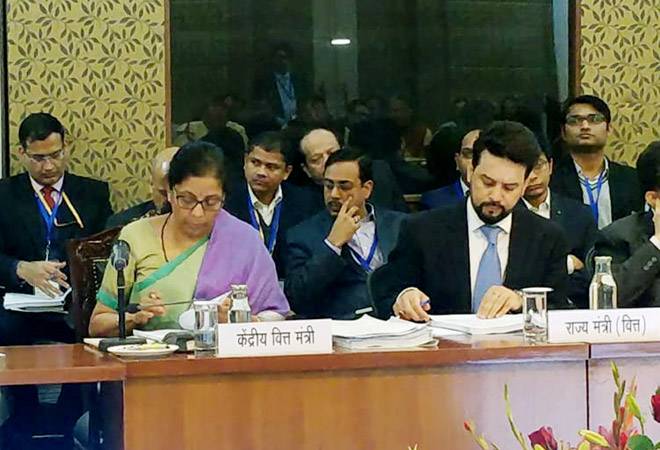 The GST Council has not taken the issue of to recurring technical glitches in the GST Network (GSTN) kindly and has asked its technical supporter Infosys Limited to come up with a solution by July.

To take stock of the situation and fix accountability of continuous failures in the GST Network system, the council, in its 39th GST Council meeting, summoned Infosys Non-executive Chairman Nandan Nilekani.

Nilekani, who made a presentation addressing the system-related issues being faced by taxpayers in the GSTN, sought time till January 2021 to fix the system but the council asked him to iron out the issues by July 2020.

"The GST Council has a few expectations, which will be formally informed to Infosys," Union Minister of Finance Nirmala Sitharam said in a press meet after the council meeting.

Among the major "expectations" is to enhance the load capacity of the system from 1.5 lakh users at the moment to 3 lakh. The council also wants a rollout of the new return system and e-invoicing.

Nilekani demanded more skilled manpower and better hardware to enhance the capacity, to which the council agreed.

Nilekani told the council members that to augment the GSTN capacity, hardware procurement process had been initiated, but it had been slightly impacted by the COVID-19 pandemic outbreak.

He suggested the process should be initiated by addressing the compliance-related issues first, so the tax evasion problem and gaming of the system due to non-linking of FORM GSTR-1 and FORM GSTR-3B could be addressed immediately.

He added to tackle evasion and prevent gaming of the system, the implementation of Aadhaar authentication and spike rules would also be initiated.

The council also decided to defer the implementation of the new return system and e-invoicing from October 1 from April 1, 2020.