President of Gujarat Tobacco Growers and Merchants Association said that farmers  sell raw tobacco worth over Rs 400 crore every year, at a rate of Rs 45 to 50 per kg in the state 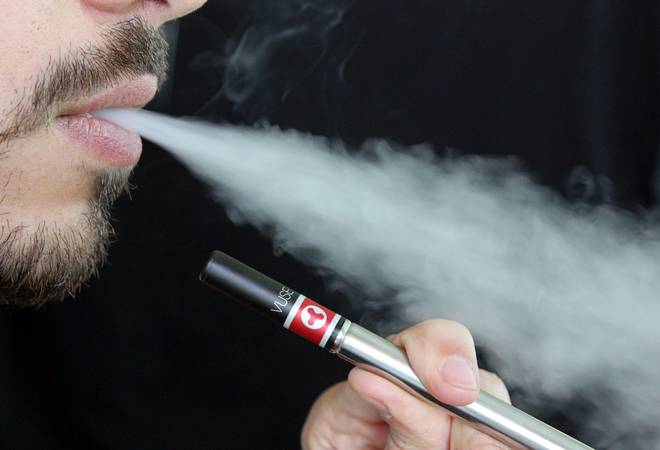 E-cigarettes are nicotine-delivery devices that aerosolise nicotine and flavour chemicals through heating.

An organization of tobacco farmers and merchants in Gujarat on Wednesday urged the Union government to reconsider its decision to ban e-cigarettes.

Farmers in the state will be affected severely by the ban, said the Gujarat Tobacco Growers and Merchants Association.

Notably, the Gujarat government had already banned manufacture, sale, import and advertisement of electronic cigarettes in the state in July.

E-cigarettes are nicotine-delivery devices that aerosolise nicotine and flavour chemicals through heating.

Bhikhubhai Patel, president of the Association, told reporters that farmers in Gujarat sell raw tobacco worth over Rs 400 crore every year, at a rate of Rs 45 to 50 per kg.

"Gujarat grows 80 per cent of the tobacco produced in the entire country. After the advent of e-cigarettes, which uses nicotine extracted from raw tobacco and its dust, farmers were able to sell raw tobacco at Rs 45 to 50 per kg against Rs 30 to Rs 40 few months back," Patel said at a press conference.

"Now, with this ban, the prices would once again come down to past levels, resulting in loss of income for farmers every year," he added.

"We urge the government to reconsider the decision for the sake of farmers," said Patel.

Praveen Rikhy, convener of Trade Representatives of ENDS (Electronic Nicotine Delivery Systems), alleged that the ban was imposed on the basis of "selective sourcing of scientific and medical opinion".

"Instead of ban, the government has the option to regulate it, just like they did with cigarettes....We will seek legal opinion to fight this ban," she added.

The Union cabinet on Wednesday approved an ordinance for banning production, import, distribution and sale of electronic cigarettes in the country.

Finance minister Nirmala Sitharaman, who headed a Group of Ministers on the issue, said the ban was imposed as e-cigarettes pose health risk, especially to the youth.

Rajnath Singh takes to the skies in Made in India Tejas; 1st defence minister to fly in light combat aircraft