More than 70,000 immigrants working in the US are possibly staring at job loss in the near future, a majority of them Indians. These workers holding H-4 visas are all spouses of H-1B visa holders and had obtained work permits under a special order issued by the previous Obama administration in 2015. 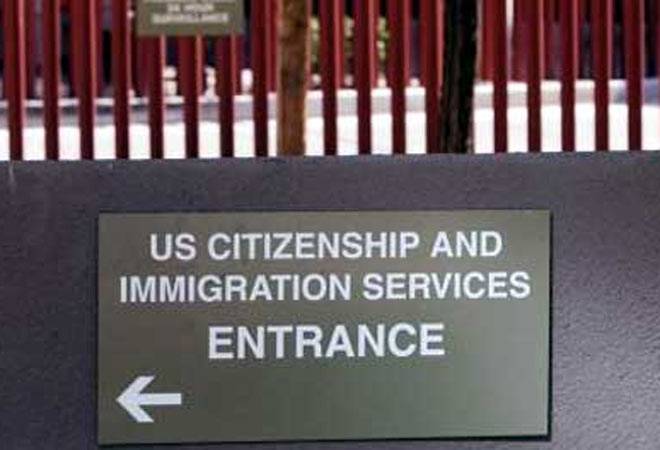 More than 70,000 immigrants working in the US are possibly staring at job loss in the near future, a majority of them Indians. These workers holding H-4 visas are all spouses of H-1B visa holders and had obtained work permits under a special order issued by the previous Obama administration in 2015.

Before that, spouses could not be employed while H-1B visa holders sought out permanent resident status - a process that can take a decade or longer. The Trump administration is now planning to terminate this provision, which has so far benefited more than 100,000 H-4 visa holders.

A formal communication is expected to be made later this summer, US Citizenship and Immigration Services (USCIS) director Francis Cissna said in a letter to Senator Chuck Grassley. "Our plans include proposing regulatory changes to remove H-4 dependent spouses from the class of aliens eligible for employment authorisation, thereby reversing the 2015 final rule that granted such eligibility," added Cissna.

According to a study released last week by the Migration Policy Institute, as of June 2017, USCIS had granted 71,287 initial (versus renewal) employment authorisation documents to H-4 spouses, 94 per cent of whom were women. Of this figure, the vast majority - a whopping 93 per cent - were from India and 4 per cent were from China.

Why is the US government reversing its previous stand? According to Cissna, such action would comport with the executive order requirement to "propose new rules and issue new guidance, to supersede or revise previous rules and guidance, if appropriate, to protect the interests of United States workers in the administration of our immigration system. He seems to be referring to President Donald Trump's Buy American Hire American policy here.  "As with other revisions to regulations, the public will have an opportunity to provide feedback during a notice and comment period," he added.

The US government is sure to receive plenty of feedback with spouses of H-1B visa holders with employment authorisation documents reportedly girding for a robust pushback. "If they [USCIS] change the H4 EAD rule without taking into consideration each and every comment that comes in, and fail to respond to our defence of the H4 EAD, you can be sure of lawsuits," Anirban Das of Skilled Immigration in America, an advocacy group, told Firstpost. "Unemployment has been at its lowest in years so it's impossible that an insignificant percentage of the population is taking jobs away from Americans. If that were true, then there would be a crisis for every college graduate in America," added Das.

Significantly, New York based immigration attorney Cyrus Mehta also pointed out to the portal that H-4 spouses are also "Americans in waiting". So allowing them to work would contribute to the American economy through their taxes and talents. "Eliminating work cards for H-4 spouses is not consistent with Buy American Hire American, although it may be consistent with xenophobia and white nationalism," he added.

Made a purchase online? There's a strong chance you may get a fake product

This airline will pay 2 friends to move to Iceland for 3 months, travel the world and work