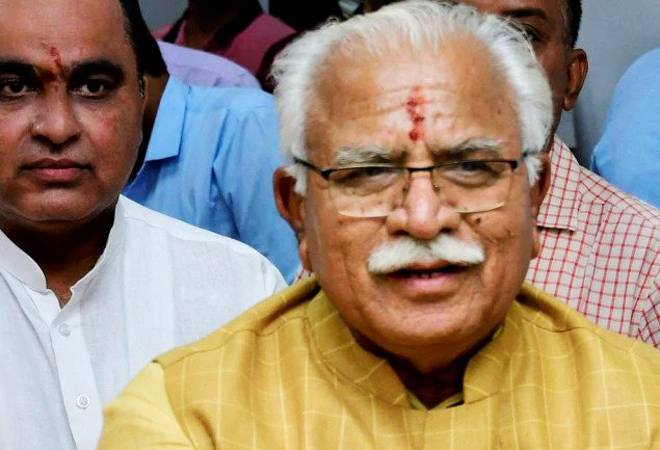 Haryana Chief Minister Manohar Lal Khattar, who is contesting from the Karnal Assembly seat, is leading with over 19,500 votes, after the third round of counting, suggest early trends. Tarlochan Singh of Congress is surging ahead with 8,335 votes, while Satish Balmiki of the Bahujan Samaj Party has been able to secure 621 votes so far.

The Assembly elections in Haryana this time is a litmus test for Khattar, with the BJP tied in a neck-and-neck situation in the crucial state.

The polls for the Haryana assembly were held on October 21 alongside Maharashtra. The state witnessed a voter turnout of 68.47% as against 76.54% in the previous assembly elections.

While the ruling BJP, which parted ways from the Shiromani Akali Dal (SAD) ahead of the polls, had claimed to win over 75 seats in Haryana, Congress, led by Selja Kumari and former CM Bhupinder Hooda, seems to have given a tough competition to the ruling party.

Having won 10 Lok Sabha seats in Haryana earlier this year, the ruling BJP has an edge over its divided main rival but hung assembly could force the party to stitch ties with JJP or independent candidates.