Start-up Freshtohome found 70 per cent ammonia, and 16 per cent formalin in the samples of various fish markets in Delhi. 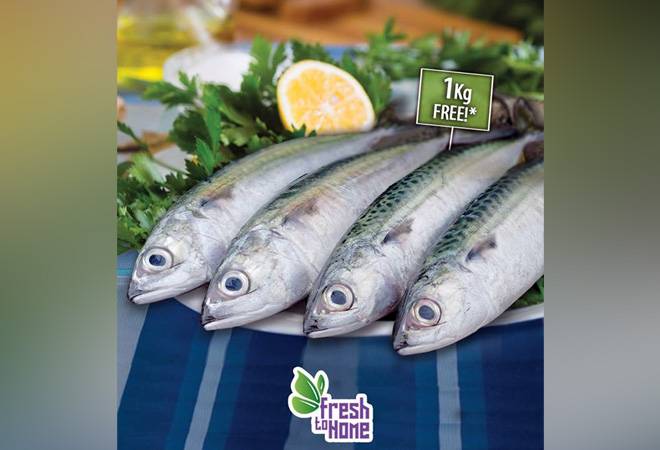 Freshtohome found 65 per cent ammonia in the samples of various fish markets in Bangalore; about three per cent formalin.

There was always something fishy about India's fish market, estimated at $50 billion and an industry that employs about 14 million.

A chain of middlemen in the supply-chain exploited the fishermen. They don't always get a great price even when the price mark-up could be as high as 80 per cent between the coast and what the consumer pays. The market is fragmented and fishermen, often illiterate, depend on the middlemen to sell their produce in cities. The middlemen, who buy from the coast and then transport, are also mostly unaware of food safety. Given India's broken supply-chain, they use preservatives to store the fish.

Also Read: WPI inflation falls to an eight-month low of 3.8% in December

"Delhi is the worst place to have fish from," says Shan Kadavil, who along with Mathew Joseph started Freshtohome in 2015. The duo both wanted to provide a chemical-free produce to consumers and disrupt the supply-chain. Kadavil, earlier the India Country Manager at social gaming company Zynga, leveraged technology to change things around. The front-end is an e-commerce site but it developed a strong back-end as well.

The company began direct sourcing from the fishermen on the coast to cut out the middlemen. Fishermen typically auction the fish they catch. Freshtohome developed an easy-to-use app that the fishermen could use to bid. The app just has pictures of different fish and they can scroll to select depending on the catch. About 1500 fishermen trade with the company using its app across 125 coasts.

"The value is that the fishermen get a higher price-at least 20 per cent higher than the normal coast middle men. That's why they trade on our platform. Consumers also get extremely fresh product," Kadavil says.

"Every 100 or 200 Km, we have a truck that picks up the produce and takes it to the nearest collection point or the city," he adds.

Since Freshtohome manages its own transportation, it can ensure that chemicals are not added. In Delhi, the company can potentially deliver in less than 12 hours from the catch because the fish is air lifted from a hub like Cochin. It also uses rail and road transport depending on the city. It takes 24 hours to reach Bangalore from Cochin because the company uses road transport in this case.

Freshtohome currently sells in Delhi/NCR, Bangalore, Chennai and Kerala. Soon, it is launching in Mumbai and Dubai - yet another Indian start-up that has found a market abroad.

26/11 mastermind Tahawwur Rana might be extradited to India: Reports