Gita Gopinath flagged concerns over the use of "deflator" in the process of estimating GDP. 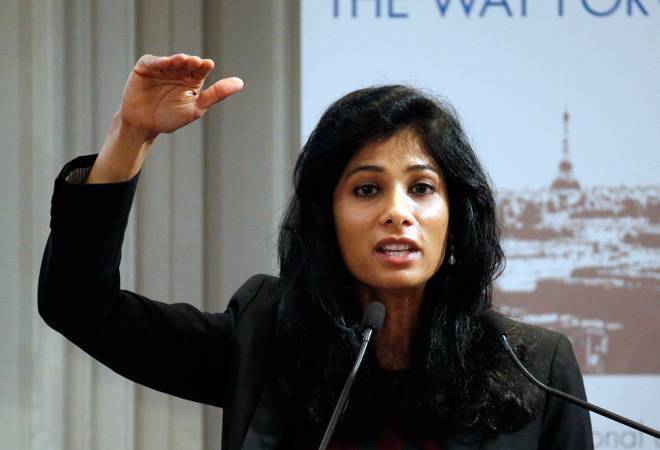 Gita Gopinath flagged concerns over the use of "deflator" in the process of estimating GDP. She said, "GDP deflator is a measure of inflation which captures the rise in GDP due to higher prices rather than  an increase in output."

The chief economist also called on the country to be transparent about its statistics.

"India is projected to be growing over 7 percent both in 2019 and 2020 which makes it one of the fastest growing large economies of the world, which is why it is even more important that the statistics coming out of India are transparently communicated because everybody is watching India at this point," said Gopinath.

The former RBI governor Raghuram Rajan has raised the issue in the recent past.

Read More: Raghuram Rajan has a few tips on jobs, reforms for the next govt