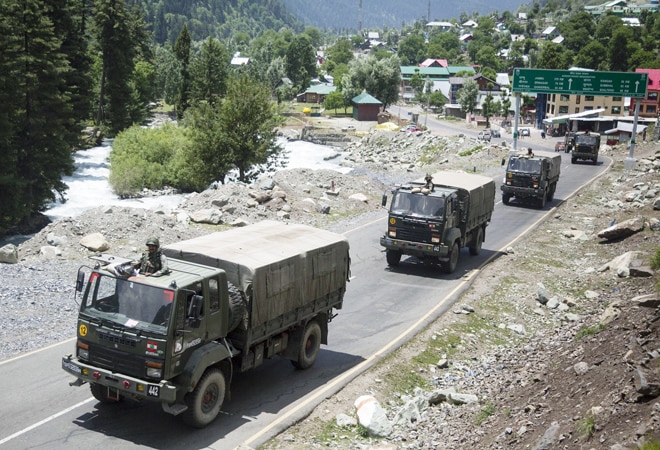 Satellite imagery of the Pangong Lake region shows Chinese construction activity in the North Bank and the creation of new Chinese posts near the LAC in the South Bank.

Indian soldiers and Chinese troops fired warning shots in the August 29-30 clash at the southern bank of Pangong lake in Ladakh. Amid continuing hostility, 100-200 rounds of warning shots were also fired by the two sides on September 8. The incident happened when the Chinese army tried to close in on Indian forward positions.

Yesterday Defence Minister Rajnath Singh informed in Lok Sabha that Chinese PLA has mobilised a large number of troops and armaments along the LAC as well as in the depth areas, adding there are several friction areas in eastern Ladakh including Gogra, Kongka La and North and South Banks of the Pangong Lake.  He said that China continues to be in an "illegal occupation" of approximately 38,000 sq. kms in the Union Territory of Ladakh.

The defence minister also said that even as discussions were going on, the Chinese side again engaged in "provocative military manoeuvers" on the night of August 29 and 30 in an attempt to change the status quo in the South Bank area of Pangong lake.

"I will not hesitate to share with this August House that we are facing a challenge in Ladakh and I urge the House to pass a resolution in support of our armed forces who have been defending our motherland at great heights and most inclement weather conditions," he said.

Satellite imagery of the Pangong Lake region shows Chinese construction activity in the North Bank and the creation of new Chinese posts near the LAC in the South Bank.