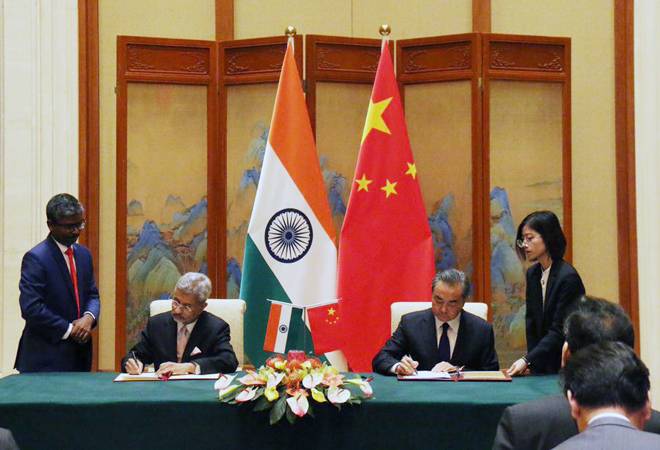 India and China on Monday signed four agreements to further strengthen the cultural and people-to-people ties between the two neighbours and ancient civilisations.

The agreements were signed after External Affairs Minister S Jaishankar and his Chinese counterpart Wang Yi attended the 2nd meeting of the India-China High Level Mechanism on Cultural and People-to-People Exchanges here.

Jaishankar is on a three-day visit to China. He called on Chinese Vice President Wang Qishan and held talks with Wang Yi.

The two countries signed four agreements on cultural exchanges, healthcare, sports and cooperation in museum management, according to an official statement.

Both the countries agreed to promote cultural exchanges for preservation of intangible cultural heritage, organisation of cultural activities and management of archaeological heritage sites, it said.

Both, Jaishankar and Wang Yi, expressed the importance to enhance cooperation in the field of traditional medicine- where both India China have a rich knowledge accumulated over centuries, with the objective of promoting the development of Traditional Medicine in two countries' healthcare systems.

"The two leaders agreed to promote exchanges between our National Sports Associations, sports persons and youth for strengthening cooperation on international sports events," the statement said.

Also, they agreed to cooperate in museum management for promoting collaboration between Hubei Provincial Museum, Wuhan and the National Museum, New Delhi in the field of exhibitions, protection and restoration of collections and archaeological excavations for museums, it said.

The Hubei Provincial Museum is one of the best known museums in China, with a large amount of state-level historic and cultural relics.

The National Museum of India, is one of the largest museums in India. Established in 1949, it holds a variety of articles ranging from pre-historic era to modern works of art.

The two leaders also agreed on a Plan of Action for bilateral engagements for the year 2020, it said.

The visit of Jaishankar, the first Indian minister to tour China after the Modi government began its second term.