Colonel Santosh Babu was the commanding officer of 16 Bihar unit that has been posted on the Indo-Chinese border for the past 18 months. took over the battalion in December last year 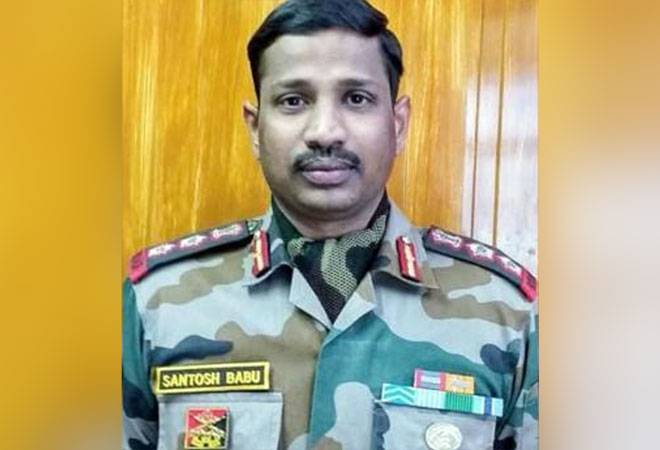 Colonel B. Santosh Babu, one of the 20 Indian soldiers martyred in a fatal face-off with Chinese troops in Eastern Ladakh's Galwan Valley, aspired to be in the Indian Army since he was a boy.

He was the commanding officer of 16 Bihar unit that has been posted on the Indo-Chinese border for the past 18 months. Colonel Babu took over the battalion in December last year.

The 37-year-old ex-NDA cadet was a resident of Telangana's Suryapet. He completed class 12 from Sainik School in Hyderabad and went on to join the Pune-based National Defence Academy (NDA) and the Indian Military Academy (IMA) in Dehradun.

Colonel Babu was commissioned into the 16 Bihar battalion in 2004 after which he was posted in Jammu for the first time.

Since then he had been deployed at the border areas across several locations. Colonel Babu was also part of the Indian contingent of UN peacekeeping forces in Congo.

He was in service for 15 years and served on the Pakistan border in Kashmir in the year 2007, where he killed three terrorists who tried to infiltrate into the Indian side. He was promoted to the colonel rank in February this year.

His father, B. Upender, a retired bank employee, said he lived his dream of being in the armed forces through his son.

"In fact, I wanted to join the army in my student days. But somehow the family circumstances did not permit me. I realised my dreams through my son," he said.

Describing his son as a "brilliant guy both in studies and duties", the 63-year-old said that he never expected that his son would desert the family like this but "I am proud he gave up his life for the country."

Colonel Babu is survived by his wife Santoshi, mother Manjula, four-year-old son Anirudh, and nine-year-old daughter Abhigna. His wife and children live in Delhi while parents lived in Telangana.