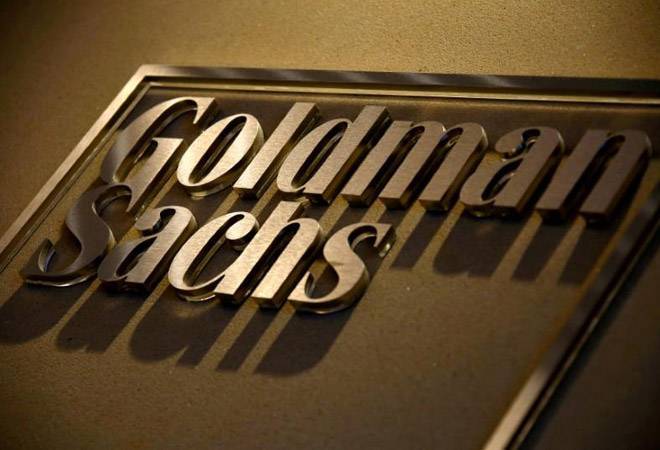 The global bank expects the real GDP to contract 5 per cent for the financial year 2020-21, compared to its previous forecast of 0.4 per cent

Global investment bank Goldman Sachs has made alarming projections on India's gross domestic product (GDP), which it expects to decline by a massive 45 per cent in the June quarter due to the high-frequency data for March and April recording a poor performance. Previously, it had expected a 20 per cent downturn in the GDP.

The global bank expects the real GDP to contract 5 per cent for the financial year 2020-21, compared to its previous forecast of 0.4 per cent. "The -5 per cent growth we forecast for FY21 would be deeper compared to all recessions India has ever experienced," it said in a report released on Sunday.

"The deeper trough in our Q2 (June quarter) forecasts reflects the extremely poor economic data we have received so far for March and April, and the continued lockdown measures, which are among the most stringent across the world," Goldman Sachs said.

Although Goldman has estimated a strong (20 per cent) sequential mechanical rebound in the September quarter, it sees a gradual recovery in the following quarters due to tepid targeted policy support compared to other emerging economies and far less than most advanced economies. It expects 14 per cent and 6.5 per cent GDP growth in December and March quarters of FY21, respectively.

Notably, the country's services PMI fell to its all-time low of 5.4 in April. Exports and imports also reported a contraction of 60 per cent y-o-y in April. In March, when the lockdown was in force only for a week, the industrial production contracted by 16.7 per cent, and exports fell by 34.6 per cent in y-o-y terms. Despite partial opening up of the economy during the second and third phases of the lockdown, May is expected to record similar disruption in the economic activity.

"Despite the relaxations, major parts of the economy operated at significantly less than full capacity during the extension phase till May 17, and that should continue to weigh on economic activity. Our equity analysts' discussions with companies suggest that restarting during the extended lockdown period has continued to pose challenges, especially in red zones (which comprise approx. 45 per cent of GDP), even if the rules allowed them to do so," Goldman points out.

The frequent changes in rules are another reason why companies have not been able to strategise how to resume operations.

"Supply chains are improving, but are still operating at low levels, along with missing logistics, and weak end-demand. The categorisation of hotspot areas, too, changes frequently, making it harder and costlier for companies to plan their logistics," it says.

On Rs 20 lakh crore economic package, which was detailed in five tranches over the last few days by the finance minister Nirmala Sitharaman, Goldman Sachs says it will not have any immediate impact on the economy. "These structural reforms are more medium-term in nature, and we, therefore, do not expect these to have an immediate impact on reviving growth. We will continue to monitor their implementation to gauge their effect on the medium-term outlook for the Indian economy."

In fact, the global bank estimates that in aggregate, the discretionary component of fiscal support across the

"Our sense so far is of a less aggressive policy stimulus by Indian policymakers even compared to, for example, 2009, where the shock in nature was different and less severe (when monetary and discretionary fiscal policy each eased by more than 400 bps)," Goldman Sachs said.

"Despite stronger initial conditions and positive output gaps pre-Global Financial Crisis, and a liquid and well capitalised domestic financial sector, the direct policy support was larger in magnitude. This time around, the initial conditions were weaker in India - a negative output gap, and a weak financial sector - when the COVID-19 crisis hit the economy; yet the direct support from macro policies so far have been strikingly smaller in magnitude," the report said.