"My sense is that it is in our mutual interest. We need to resolve these pending problems and move onto something bigger. I think there is a lot of interest here in doing that," he said 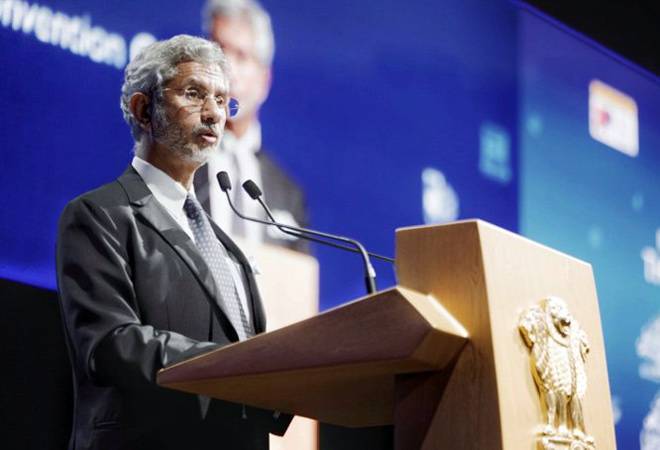 India and the US need to think "bigger" while attempting to resolve the pending trade issues, External Affairs Minister S Jaishankar said on Wednesday, while delving into various key facets of the fast expanding ties between the two countries. In an interactive session at an annual summit of the US-India Business Council, Jaishankar pitched for deeper collaboration between the two countries in the areas of innovation and technology.

On the trade issue, he said: "I understand the centrality of the economic relations....These are bread and butter issues. These are really what make countries deal with each other. But I think, between India and the US, while we work through trade issues, we need to think bigger."

India and the US have been engaged in talks to iron out differences over a set of tariff related issues. "My sense is that it is in our mutual interest. We need to resolve these pending problems and move onto something bigger. I think there is a lot of interest here in doing that," he said.

Mentioning about the strength of the Indo-US ties, he said there will be issues on which "our convergence will be more, somewhere it will be less. I think the quest in the last 20 years, and I see that continuing into the future, is really to find more common ground." Talking about changing geopolitics, he said the US really will require to learn to work with a more multipolar world with a more plurilateral arrangement and will require to go beyond the alliances with which it has really grown up over the last two generations.

The external affairs minister said there is a much "bigger connect" between the two countries beyond trade, which he identified as "knowledge innovation connect" "I think beyond the exchange of goods and creating a better investment climate for each other, this ability to work together in the world of innovation and technology, I think, that is really what will set our relationship apart," said the minister.

Explaining about the importance of innovation and technology, he said it is vital that both the countries have a very strong convergence on the "big picture".

"When we see the world, the landscape looks similar to us, aspirations look more shared. I think definitely in all of these, values do matter. Because at the end of the day, when you work on technology, on innovation and knowledge, trust and confidence are very very important factors," he added.

On the overall ties, the external affairs minister said both countries have the ability today to shape the world by working together. We are working on maritime security, counter-terrorism, connectivity, how to respond in the case of coronavirus pandemic, even on issues like climate change, the knowledge economy," he said.

Speaking at the session, Senator Mark Warner talked about the need to form a core coalition called "Alliance of the Willing" to confront China's dominance on use of technology including 5G. On pressing trade issues, Jaishankar said it will be fair to accommodate "legitimate concerns of emerging economies, emerging companies and emerging technologies".