Medical journal The Lancet, in an editorial piece highly critical of the Modi government, said the success of the country overcoming the COVID crisis will hinge upon PM Modi's administration "owning up to its mistakes" 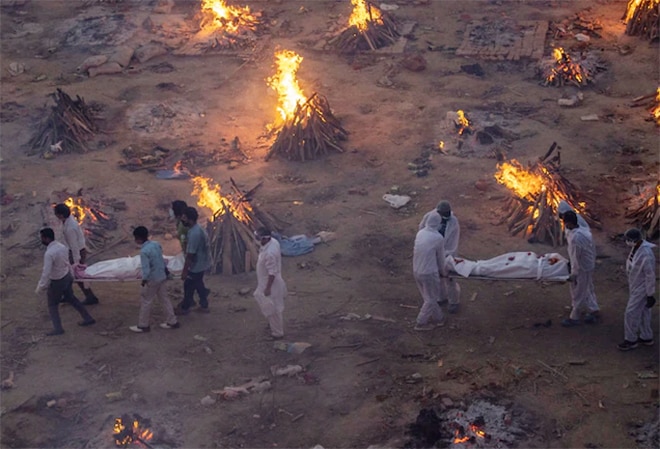 The Modi government could preside over a "self-inflicted national catastrophe", The Lancet said (Reuters photo)

India "squandered" its early successes in handling the COVID-19 pandemic and the government under Prime Minister Narendra Modi could preside over "a self-inflicted national catastrophe" if the projections of 1 million fatalities from COVID-19 by August turn out to be true, medical journal The Lancet said in an editorial piece highly critical of the Modi government.

The widely respected publication stated that the success of the country in overcoming the COVID crisis will hinge upon PM Modi's administration "owning up to its mistakes".

Alluding to Twitter removing over 50 posts after orders from the Centre, the Lancet said, "PM Narendra Modi's actions in attempting to stifle criticism and open discussion during the crisis are inexcusable."

The medical journal added that success in overcoming the COVID-19 second wave would reckon on the government "owning up to its mistakes, providing responsible leadership and transparency, and implementing a public health response that has science at its heart."

"The Institute for Health Metrics and Evaluation estimates that India will see a staggering 1 million deaths from COVID-19 by Aug 1. If that outcome were to happen, Modi's government would be responsible for presiding over a self-inflicted national catastrophe," it said.

The Lancet further critiqued the Modi government, stating that until April, "the government's COVID-19 taskforce had not met in months. The consequences of that decision are clear before us".

"At times, Prime Minister Narendra Modi's government has seemed more intent on removing criticism on Twitter than trying to control the pandemic," it said.

The medical journal noted that despite persistent warnings of the second wave dangers and the advent of variants, the government maintained that India was in the "endgame" of the COVID-19 pandemic.

"Hospitals are overwhelmed, and health workers are exhausted and becoming infected. Social media is full of desperate people (doctors and the public) seeking medical oxygen, hospital beds, and other necessities," it stated.

Calling out the Modi government for creating an impression that India had beaten the COVID-19 pandemic, The Lancet said, "...yet before the second wave of cases of COVID-19 began to mount in early March, Indian Minister of Health Harsh Vardhan declared that India was in the "endgame" of the epidemic."

"The impression from the government was that India had beaten COVID-19 after several months of low case counts, despite repeated warnings of the dangers of a second wave and the emergence of new strains," the journal noted.

"Despite warnings about the risks of superspreader events, the government allowed religious festivals to go ahead, drawing millions of people from around the country, along with huge political rallies-conspicuous for their lack of COVID-19 mitigation measures," it said.

Calling India's vaccination programme as "botched", The Lancet stated it must be rationalised and enforced with all due speed.

Maharashtra, Karnataka, seven other states account for over 71% of new COVID-19 cases

COVID-19 crisis: Delhi Metro services to remain suspended from Monday till May 17 morning