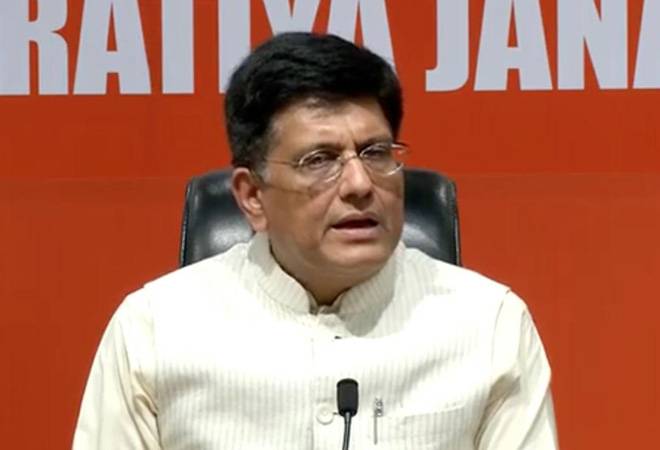 Union Minister Piyush Goyal, while speaking at the India Today Conclave 2019 on Friday said that measures like GST and demonetisation did not push the Indian economy towards its slowdown but instead put the people's faith back in the government. "Demonetisation brought confidence to the whole country and showed them that there is a man who can fight corruption and take on the rich and the mighty. It showed them that there is a man who will take on strongest opponents, and help the poor," he said while referring to Prime Minister Narendra Modi.

He said that measures like GST and demonetisation helped in building a nation free of corruption and an honest India.

When asked why the corporate tax cuts were announced now, Piyush Goyal mentioned that these deep tax cuts have come after very serious deliberations.

Goyal also elaborated why these measures were being rolled out now and why they weren't during the Union Budget 2019. He said that the Budget was prepared when they were all in election mode. He said that the ministers had little chance to leave any imprint on the Budget. "By the time Nirmala Sitharaman settled in and got a chance to look at the numbers, the Budget had to go into printing," he added.

He also said that while the sentiments are getting affected amid the economic slowdown, he can assure that the Prime Minister listens to everyone. Not only does he take into account what's happening internationally, he also listens to different sectors as well as stakeholders.

Goyal added that India will recover from this slowdown and that next year the recovery will also be in a fast pace.

Also read: India Today Conclave: 'There is a slowdown, but India will come back,' says RBI Governor Shaktikanta Das

Retailers look forward to a lucrative festive season, but are cautious