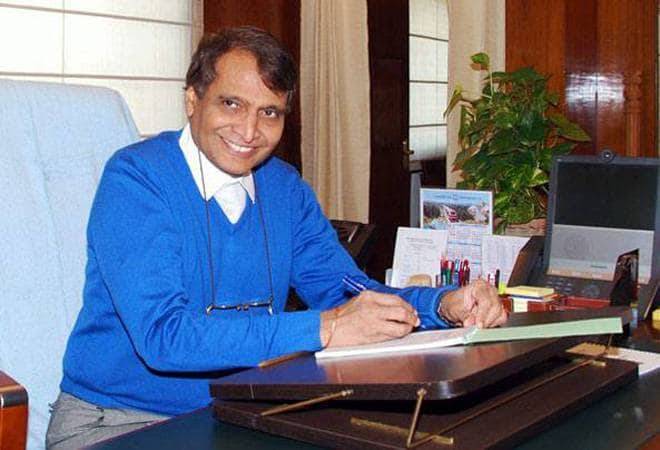 'India was the fifth largest investor in Africa in diverse sectors'.

India wants to ensure that Africa progresses and becomes the most developed part of the world, Commerce and Aviation Minister Suresh Prabhu has said, promising to assist in resolving challenges faced by the Indian diaspora businessmen in the continent.

The minister's statement came while addressing business leaders from South Africa, Mozambique, Botswana, Madagascar, Ghana and Nigeria through a video conference on Monday.

"We have very old, intensive, comprehensive relationships with our friends in Africa. These are very important relationships which we want to develop for mutual benefit.

"We want to ensure that Africa progresses and becomes the most developed part of the world because Africa has everything that should really put it on the top of the map in terms of development," Prabhu said.

He earlier addressed East African nations as part of his plan to identify and attempt to resolve challenges that Indian businesses on the continent were facing.

Major issues that emerged from the participants included difficulties in securing business visas and permits; poor connectivity due to the lack of direct flights between the African countries and India and challenges of financing that required intervention through banks in Europe or the US.

Nigerian delegates said the banking sector had matured in their country as well as in India, so there was no longer a need for this.

Participants from Ghana said it was difficult for Indian businesses to obtain loans locally, with a call for allowing assets in India to be used as collateral.

Jitin Bhatia, head of the India Business Forum in South Africa, lamented the decades-long delay in finalising the Southern African Customs Union Preferential Trade Agreement, which he said has resulted in Indian companies having to pay higher import duties for goods brought in via South Africa to its neighbouring states.

Bhatia also urged the Indian government to look into why South Africa was not reciprocating on the introduction of e-visas.

"The BRICS Business Visa is not easily accessible here and there is no category in the current system used by VFS (the visa agent for the Indian missions) for long-term visas as required by companies to ensure stability for Indian CEO's and others working in South Africa," Bhatia said.

Neena Malhotra, Joint Secretary for East and Southern Africa at the Ministry of External Affairs, said that 18 new missions would be opened across Africa, taking the total on the continent to 47.

"Our trade has intensified and last year we registered an impressive increase of 22 per cent from the previous year, with our total trade now almost USD 63 billion," Malhotra said.

India was the fifth largest investor in Africa in diverse sectors, she said.

"They create local employment, contribute to revenues and they are well integrated," Malhotra added.

WBBSE Madhyamik Result 2019: West Bengal board to declare matric results on May 21; here's all you need to know