There are many reasons why you should invest in silver, especially now

The price of silver has been range-bound for quite some time, while gold on the other hand has done fairly well on medium to long-term basis. So, is investing in silver a good idea, especially at this point of time? 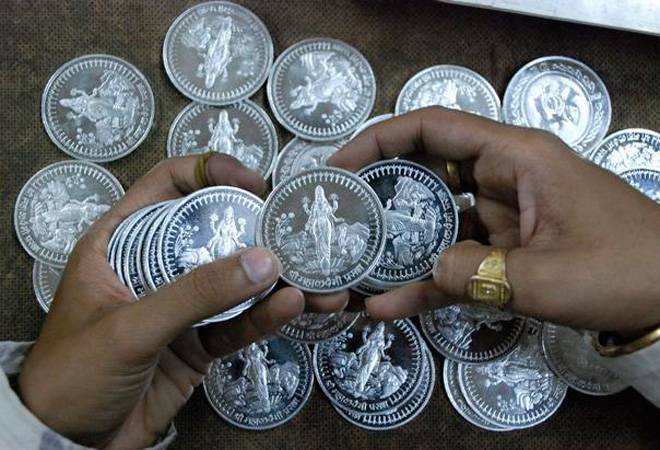 India has traditionally been a place where people have great fondness for precious metals like silver and gold. Among all the precious metals, silver, by virtue of being more affordable, has been a preferred choice of masses for ornaments and bullion investment. There is a good market, which offers fair price discovery and reasonable liquidity. All of these make this precious metal a good investment asset for many. However, the price of silver has been range-bound for quite some time, while gold on the other hand has done fairly well on medium to long-term basis. So, is investing in silver a good idea, especially at this point of time?

"We can say the prices of the white metal (silver) have recovered and stayed gradually up since the 2015 lows of Rs 33,000 (per kg). Here about at Rs 38,700, silver gives a good opportunity for buyers to enter after the recent price correction from Rs 40,700." says Jateen Trivedi, Technical Research Analyst at Bonanza Portfolio Ltd. "Going ahead, we can expect prices to be limited on downside till Rs 35,000, if US Federal Reserve comes out with faster pace of hikes, but the potential of prices going higher domestically look high due to good demands and industrial usage. It can be rightly said that for long-term investor, it is a good time to invest in silver."

India looks set to witness a good monsoon this year. The India Meteorological Department (IMD) in its release said: "Quantitatively, the monsoon seasonal rainfall is likely to be 97 per cent of the Long Period Average (LPA) with a model error of plus or minus 5 per cent. Forecast suggests maximum probability for normal rainfall and a low probability for deficient rainfall during the season." A good monsoon leads to better agricultural output and hence a stronger rural demand. Silver traditionally attracted high demand whenever the agricultural output of India was good.

"Since the rural economy has good numbers, the wealth creation tool or investment tool for the rural economy has always saved heaven. For, rural people have limited knowledge of investment option and they only prefer locking the income in gold and silver. As the prices of silver are yet to reach higher levels, it's safe to assume people shall allocate more income into the white safe heaven rather than yellow metal," says Trivedi.

The silver price does get influenced by many global factors. However, India is the one of the biggest contributor to international demand of silver and any changes in the demand pattern in India have good influence on international prices. The exchange rate also plays an important role and works as a balancing factor between Indian and global prices.

Talking about the future international events, which may have some impact on the silver prices, Trivedi says: "Bullions altogether are inter-related to dollar prices. Whenever there is a price uptick in the US Dollar Index, we shall see the silver price reacts negatively, and vice versa. Currently, the major factors, internationally, are the geopolitical tensions between the US and Gulf (oil price conflicts), the US and China (trade war). US FED coming up with interest rate decision forecast could also play an important role in price influences."

Historically, the international gold to silver ratio has been range bound, and whenever it gets skewed in favour of one commodity, after sometime, it regresses back to that range. The World Silver Survey 2018 published by Thomson Reuters and The Silver Institute says: "After bottoming in 2010, the gold:silver ratio has increased steadily. The ratio retreated briefly in the middle of 2016 to close the year at 71.4 (although averaged 73.4 for the full year), but resumed its uptrend since the middle of 2017. At the end of 2017, the gold:silver ratio was at 77 a high level that perhaps suggests that the market is trying to tell us something."

Whenever the ratio increases significantly, it gives indication that market is expecting major conflicts, which could lead to greater instability, and hence preference for gold in such a scenario is higher. However, when the risk of conflict subsides, this ratio tends to regress back close to its historical average. Though many global conflicts are still lingering, the commencement of historical meeting of leaders of North Korea and South Korea has given rise to hope of avoiding one of the major international conflicts. For any regression of the ratio to a lower level, either gold price may face some correction or silver prices may go up.

The future demand for silver is also rising in new forms such as bonding wire, which is currently at the nascent stage. Smart home demand in China, which uses such bonding wires, has been steadily rising. The survey says: "While it is still at early stage, silver could potentially take market share from copper and gold within the bonding wire industry in the next five years."

The new usages could create new demand pattern, which may also be influenced by prices of other metals. "Base metals, which recently have seen the volatility at the peak level - like aluminium or copper saw a strong uptick as well as sharp correction in a month - at some point influence positive demand for silver prices. For, industrial demand will turn to less volatile metal, which is silver." says Trivedi.

Investment in precious metal is known to come with some inherent risk and is suited only for investors who have the desired risk appetite. As a prudent measure, it is always advisable to keep the exposure to this asset class limited to 10 per cent of the overall investment portfolio.

Cambridge Analytica shuts down operations, says it was vilified for doing 'legal' activities