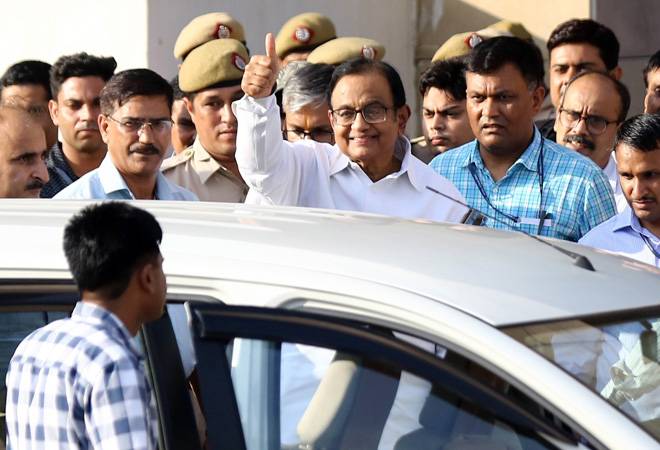 The Supreme Court on Thursday dismissed CBI's review petition challenging the bail to former Finance Minister P Chidambaram in INX Media case. In October 2019, CBI had moved Supreme Court with a review petition challenging its order granting bail to Chidambaram in INX Media corruption case registered by the investigating body. Chidambaram was arrested by the Central Bureau of Investigation (CBI) on August 21 last year in connection with the INX Media case.

"Application for oral hearing the review petition in open court is rejected. We have perused the Review Petition and the connected papers carefully and are convinced that the order, of which review has been sought, does not suffer from any error apparent warranting its reconsideration. The Review Petition is, accordingly, dismissed," the bench of Justices P Banumathi, AS Bopanna and Hrishikesh Roy said while dismissing the petition, NDTV reported.

The CBI registered its case on May 15, 2017, alleging irregularities in a Foreign Investment Promotion Board (FIPB) clearance granted to the INX Media group for receiving overseas funds of Rs 305 crore in 2007, during Chidambaram's tenure as finance minister.Subsequently, the ED had lodged a money-laundering case in connection with the matter.

Menawhile, earlier this month, Enforcement Directorate (ED) filed an e-chargesheet against former finance minister P. Chidambaram, his son Karti Chidambaram, and others in the INX Media money laundering case in a Delhi Court. The password-protected prosecution complaint (chargesheet) was filed through an e-facility before the court of Special Judge Ajay Kumar Kuhar in Delhi on Monday.

Refusing to take cognizance of the matter, the judge ordered the agency to file a hard copy of the chargesheet once the normal court functioning begins.