India, Iran's top oil client after China, shipped in 5.67 million tonnes or about 457,000 barrels per day of oil from the country in the first three months of this fiscal year. 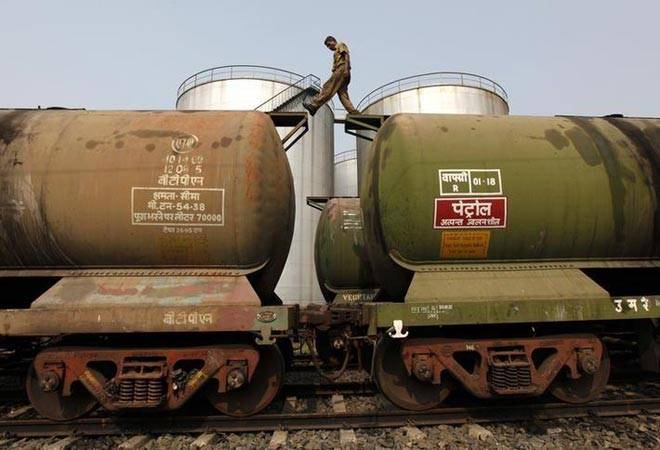 India, Iran's top oil client after China, shipped in 5.67 million tonnes or about 457,000 barrels per day (bpd) of oil from the country in the first three months of this fiscal year, Oil Minister Dharmendra Pradhan told lawmakers in a written reply.

He did not provide comparable numbers from the year-ago period. Data compiled by Reuters shows that India imported about 3.46 million tonnes, or about 279,000 bpd, from Iran between April and June last year.

State refiners, accounting for about 60 per cent of India's 5 million bpd refining capacity, had curbed imports from Iran last year in protest against Tehran's move to grant development rights for the giant Farzad B gas field to other parties.

The refiners - Indian Oil Corp, Chennai Petroleum Corp, Bharat Petroleum and its unit Bharat Oman Refineries Ltd, Hindustan Petroleum and Mangalore Refinery and Petrochemicals - shipped in 9.8 million tonnes of Iranian oil in 2017/18, about a quarter less than a year ago, Pradhan's reply showed.

For this fiscal year, the refiners had decided to almost double imports from Iran, which offered almost free shipping and extended credit period on oil sales.

Iraq continued to be the top oil supplier to India in the April-June period. New Delhi shipped in 7.27 million tonnes of oil from Iraq, while shipments from Saudi Arabia totalled 5.22 million tonnes, making it the third largest supplier, Pradhan's statement showed.

India and other major buyers of Iranian oil are under pressure to cut imports from the country after Washington in May withdrew from a nuclear deal with Tehran and decided to reimpose sanctions on the OPEC member.

Reuters reported last month that India had asked refiners to prepare for drastic reductions or even zero Iranian oil imports.

The first set of sanctions will take effect on August 6 and the rest, notably in the petroleum sector, following a 180-day "wind-down period" ending on November 4.

"Indian refineries import crude oil from diverse sources including Iran, depending on technical and commercial considerations," Pradhan said, without elaborating if the refiners would cut imports from Tehran.

India's overall oil imports from Iran in June declined by about 16 per cent from May as refiners started weaning their plants off crude from Iran to avoid US sanctions.