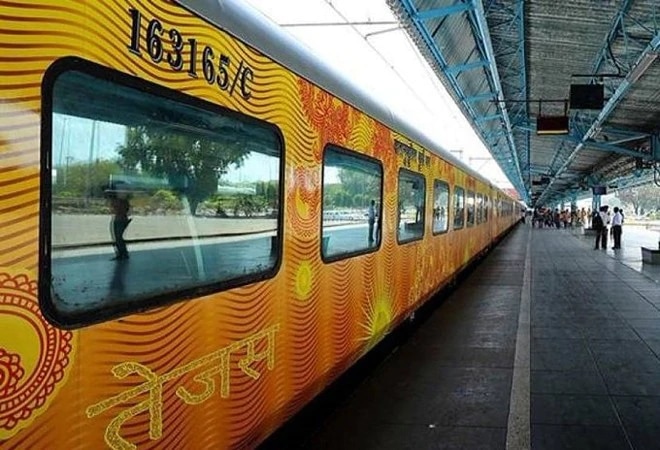 The two Tejas Express services are the first set of trains run by a corporate entity, IRCTC

The Indian Railway Catering and Tourism Corporation (IRCTC), a subsidiary of the Indian Railways, on Wednesday said it would restart the first set of "private" Tejas Express trains from October 17, almost seven months after the services were suspended in wake of the coronavirus pandemic.

The Lucknow-New Delhi and Ahmedabad-Mumbai Tejas Express trains were suspended since March 19 following the COVID-19 outbreak. Booking of tickets for both the trains are expected to start soon.

IRCTC said that every alternate seat on the two trains will be kept vacant to maintain social distancing and passengers will be thermally screened before entering the coach. Passengers will not be allowed to exchange their seats once seated.

Passengers will also be provided a "COVID-19 protection kit", which will contain a bottle of hand sanitisers, one mask, one face shield and one pair of gloves, it said.

The coach, including the pantry areas and lavatories, will be disinfected at regular intervals. The luggage and baggage of the passengers will also be disinfected by a staff.

"Use of face covers/masks will be mandatory for passengers and staff. All travellers will install Arogya Setu app and same shall be shown as and when demanded. Detailed instructions will be given to the passengers at the time of booking of tickets," IRCTC said, adding that the SOP to be followed during the initial period because of the pandemic.

The two Tejas Express services are the first set of trains run by a corporate entity, IRCTC, a subsidiary of the Indian Railways. The third IRCTC-operated train, the Kashi Mahakal Express between Indore and Varanasi will however not begin its services yet.

The Railways has announced it would allow private operators to run 150 trains.

Recently, Railway Board Chairman and CEO V.K. Yadav said that Indian Railways is planning to run 200 additional IRCTC special trains between October 15 and November 30 to deal with huge number of crowd travelling during the festive season.

The announcement comes at a time when Railways has suspended all regular passenger trains indefinitely. Regular trains have remained suspended since March 22. From May 12, Railways started running limited IRCTC special trains to help stranded people in other states to reach their homes. It started with 15 pairs of premium Rajdhani special trains connecting Delhi with different parts of the country, followed by 100 pairs of long-distance trains on June 1. It also started 80 trains additionally on September 12.