Taking to Twitter on Friday, Congress leader Jairam Ramesh critiqued the government for chasing bogus rankings over the years while India's MSMEs continued to languish 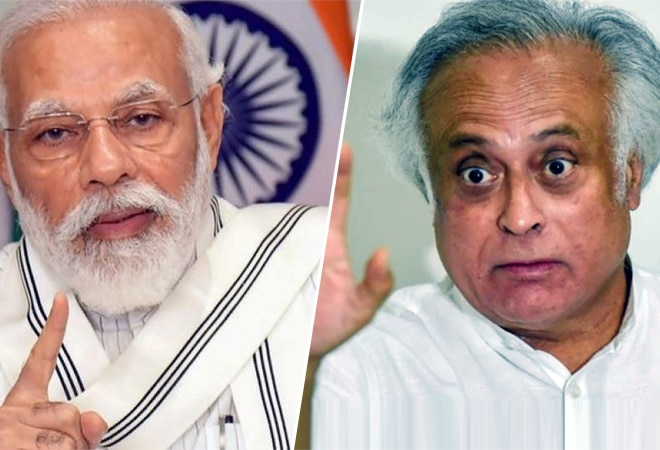 The bank paused its release to probe data collection irregularities in data and methodology used in the annual ranking of countries' business and investment climates. Taking to Twitter, Ramesh criticised the government saying it chased "bogus ranking, while our MSMEs continued to languish".

Mr.Modi was busy drumbeating India's improvement in World Bank indices. Now the Bank has paused further publication of these rankings due to irregularities in data & methodology. So much energy of this Govt was wasted chasing a bogus ranking,while our MSMEs continued to languish! pic.twitter.com/kDDesNWRAR

India had jumped to 63rd position, among 190 nations, in the World Bank's ease of doing business 2020 report released in October last year on the back of myriad economic reforms by the Modi government. The country also figured among the top 10 performers on the list for the third time in a row.

The country climbed 23 places to the 77th position in 2018 on the back of reforms related to insolvency, taxation, and other areas. India was ranked 142nd among 190 nations when Prime Minister Narendra Modi took office in 2014.

The World Bank had, on Thursday, August 27, announced that it is pausing the publication of the Doing Business report "as we conduct our assessment". The bank said in a statement that it would conduct a systematic review of data changes in the last five Doing Business reports, and independent auditors will probe data collection and review processes.

The 'Doing Business' report has for long been a controversial one because it ranks countries based on indicators of how their government bureaucracies and regulations affect - and often limit - their attractiveness as destinations for business investment.

It came under fire in early 2018 when the World Bank's then-chief economist, Paul Romer, said methodological changes to the report may have been biased against Chile's socialist president at the time, Michelle Bachelet. The report, published in 2017 dropped Chile to 55th from 34th in 2014, when Bachelet took office.

Romer resigned over the controversy, in which he said in a Wall Street Journal interview that the report "conveyed the wrong impression" about Chile's business environment under Bachelet.

The World Bank said on Thursday there were "a number of irregularities" reported regarding data changes to reports published in 2017 and 2019, but did not identify them.

"The changes in the data were inconsistent with the Doing Business methodology," the bank said, adding that it would "correct the data of countries that were most affected by the irregularities."

The most recent 'Doing Business' report, published in October 2019, showed that Middle East countries sharply improved their rankings, with Saudi Arabia climbing 30 places to rank 62nd and Jordan jumping 29 places to 75th. New Zealand was ranked highest for the fourth year in a row, followed by perennial high-rankers Singapore and Hong Kong.

The World Bank has paused publication of its "Doing Business" report as it investigates suspected data irregularities in some of its previous reports.

The report ranks countries based on the business and investment climate. The World Bank, on August 27 said it had found some data irregularities in its Doing Business 2018 and Doing Business 2020 reports.

The organisation said it was conducting "a systematic review and assessment of data changes that occurred subsequent to the institutional data review process for the last five Doing Business reports."

In the Ease of Doing Business 2020 ranking, India occupied the 63rd position after jumping 14 places in the ranking.

According to the Doing Business 2020 report, the economies with the most significant improvement were Saudi Arabia, Jordan, Togo, Bahrain, Tajikistan, Pakistan, Kuwait, China, India and Nigeria. In 2018/19, these countries implemented one-fifth of all the reforms recorded across the globe.