As J. Jayalalithaa's close aide and confidante Sasikala takes over the post of chief minister of Tamil Nadu, we take a look at Jayalalithaa's financial fortune that she left behind . 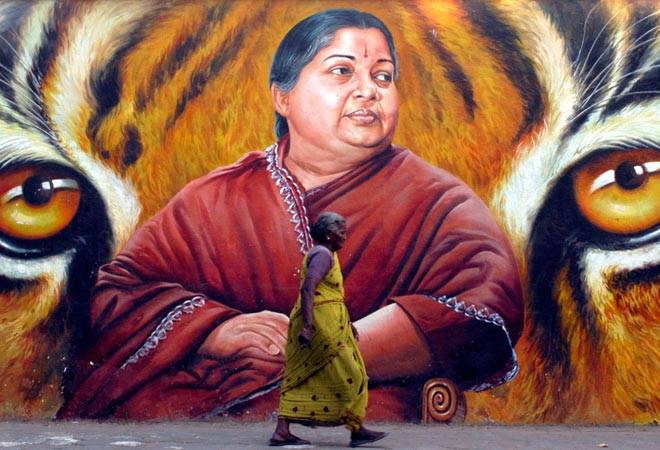 The Supreme Court is expected to pronounce its judgment within a week in the high-profile disproportionate assets case against former Tamil Nadu Chief Minister J Jayalalithaa, who died last year.

The other accused in the case is current AIADMK chief VK Sasikala, who is now set to be the next Chief Minister of Tamil Nadu.

The apex court will decide on pleas challenging the acquittal of the two leaders in the assets case.

Jayalalithaa was booked under the Prevention of Corruption Act in 1996 for allegedly amassing unaccounted wealth worth nearly Rs 67 crore.

In April 2015, the supremo of All India Anna Dravida Munnetra Kazhagam (AIADMK) and former Tamil Nadu Chief Minister J.Jayalalithaa declared assets worth Rs 113.73 crore. This was Rs 3.40 crore less than what she had declared the previous year.

According to the affidavit filed by her to contest from Radhakrishnan Nagar Assembly constituency, the total value of her assets was Rs 113.73 crore. She had movable assets worth Rs 41.63 crore and immovable properties valued at Rs 72.09 crore.

She declared that she had Rs 41,000 cash in hand, listed Rs 2.04 crore as liabilities and declared agriculture in the profession-occupation column.

ALSO READ:  Ammu to Amma: The life and times of Jayalalithaa Jayaraman

On her gold jewellery, Jayalalithaa said the value of 21,280.300 grams could not be ascertained as it was with the Karnataka government treasury in connection with the disproportionate assets case. She also mentioned that the assets case was pending in the Supreme Court.

On investment in companies, Jayalalitha in her afidavit said, "various deposits and shares with companies have been seized by the police and with the custody of the court in case relating to Spl.C.C.No.208 of 2004 on the file of 36th Additional City Civil and Sessions Court, (Special Court) Bengaluru." The reference is with regard to the disproportionate assets case against her.

Jayalalithaa had made investments in five firms as a 'partner', which are together worth Rs 27.44 crore. These include Shri Jaya Publications, Sasi Enterprises, Kodanad Estate, Royal Valley Floritech Exports and Green T Estate.

She had no investments in NSS, Postal savings, Insurance policies. She has also not given personal loans or advances to any person or entity, the affidavit stated.

She owned 14.50 acres of farm land in Jeedimetla village in Ranga Reddy district in Telangana and 3.43 acres in Cheyyur Village in Kancheepuram village in Tamil Nadu.

Jayalalithaa had also purchased the property in Telangana in 1968 and in Cheyyur in 1981, with her mother Sandhya.

She owned four commercial buildings, including one each in Chennai and in Hyderabad.

According to a report in The Telegraph, Jayalalithaa had drawn up a will two years ago, which states that the Poes Garden house goes to Sasikala. The 800-acre Kodanad estate in the Nilgiris, Jaya Publications, Sasi Enterprises and the other businesses in which the two friends were partners will also go to the surviving partner.

Jayalalithaa had two Toyota Prado SUVs, together valued at Rs 40 lakh. Also, she had a Tempo Traveller, a Tempo Trax, a Mahindra Jeep, an Ambassador car of 1980 make, a Mahindra Bolero, a Swaraj Mazada Maxi, and a Contessa (1990 model) worth Rs 42,25,000.

As RBI rate cut hopes grow, some warn of going too far