Although Kamala Harris always considered herself black, she often talked about her Indian roots, which included her visits to Chennai, when she was young, to spend summers with her grandfather who was a civil servant in the government 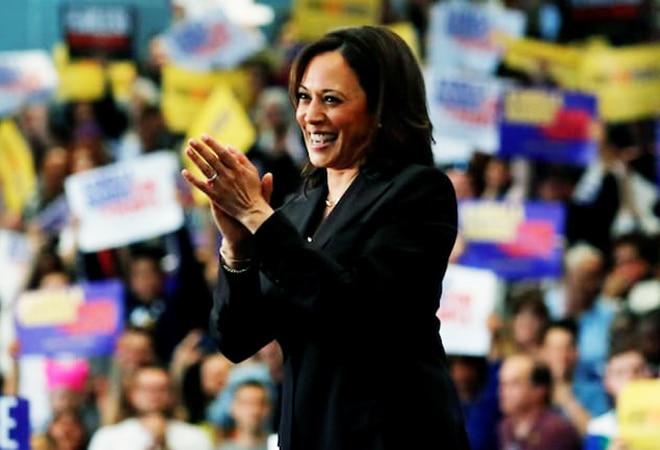 Kamala Harris who is the first Asian-American woman and the first woman of colour to be selected as the vice-presidential nominee on the Democratic ticket, is half Indian and half Jamaican

Seen as a woman from Indian soil, Kamala's extended family in India is excited about her nomination. "I miss my elder sister. She was the one who brought the children up so well. She brought them up with good values and views," Dr Sarala Gopalan, Kamala's aunt, told India Today.

Hailing from a Brahmin household in Tamil Nadu, Kamala had a liberal upbringing. In fact, in her biography, she wrote about the influence that her grandfather, PV Gopalan, who was an Indian diplomat, had in shaping the lives of both her mother and Kamala. 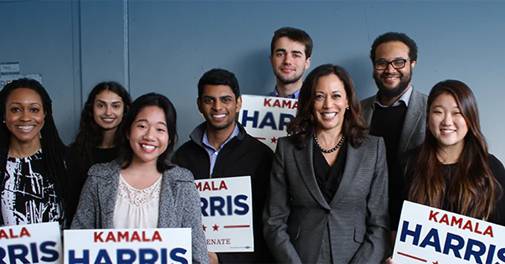 Remembering Kamala as a caring, progressive and outgoing person, Dr. Sarala says, "We have seen her as a child, as a teenager, and we have seen her as this grown-up woman. She is considerate and kind, talks to everybody and she is a courageous woman."

She also recalled Kamala's visits to India and stated that "Whenever she comes to India, she always visits us though it has been a few years since she last came here." Dr. Sarala attended Kamala's swearing-in ceremony as a senator and fondly says that "right from her childhood she (Kamala) knew what she wanted."

Meanwhile, her maternal uncle Dr. G. Balachandran told the news website, "I spoke to her when I was in the States and I communicate through my daughter. In these times when there is a possibility of hacking emails etc, I like to keep away so nobody can say she is influenced by her family in India. I keep in touch through my daughter who is in Washington. They are very close. I did send her a congratulatory message this morning."

Her sister, Maya Harris, also took to Twitter to express her happiness. "You can't know who @KamalaHarris is without knowing who our mother was. Missing her terribly, but know she and the ancestors are smiling today," Maya tweeted.

You can’t know who @KamalaHarris is without knowing who our mother was. Missing her terribly, but know she and the ancestors are smiling today. #BidenHarris2020pic.twitter.com/nmWVj90pkA

Kamala's father is from Jamaica and her late mother, Shyamala Gopalan Harris, was an Indian who hailed from Tamil Nadu, Chennai. A cancer researcher by profession, Shyamala Gopalan Harris moved to the United States (US) at the age of 19 in 1960 and settled there. She pursued a doctorate in endocrinology at the University of California, Berkeley.

She met Jamaican national Donald Harris at university who was studying economics there and eventually married him. Kamala was born in Oakland, California on October 20, 1964. Her younger sister Maya was born on January 30, 1967, and is a lawyer, public policy advocate, and television commentator. She also worked in Hillary Clinton's presidential campaign.

Although Kamala always considered herself black, she often talked about her Indian roots, which included her visits to Chennai, when she was young, to spend summers with her grandfather who was a civil servant in the government.

Kamala's parents separated when she and her sister Maya were young.

Shyamala passed away in 2009, while Donald Harris teaches at Stanford University.

Former American President Barack Obama praised Harris and said, "I've known Senator @KamalaHarris for a long time. She is more than prepared for the job. She's spent her career defending our constitution and fighting for folks who need a fair shake. This is a good day for our country. Now let's go win this thing."

Taxpayers' Charter: What taxpayers can expect from Income Tax department