Hiring through contract is on the rise, which the economists and labour unions think will adversely affect productivity and human capital, although industry is batting for it. 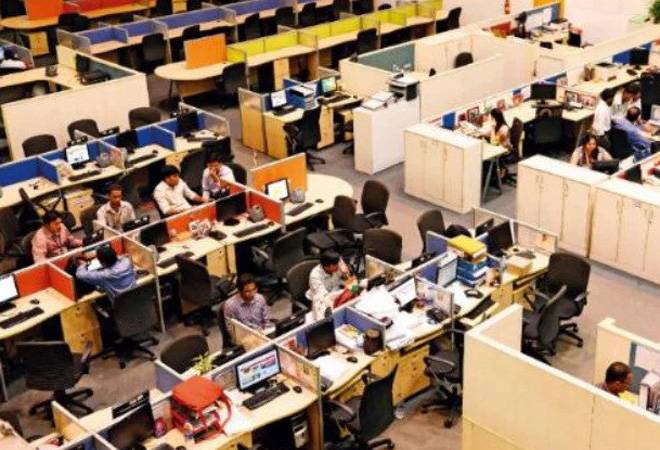 Not just in the organised sector, contract system has made rapid inroads into the government and PSU jobs too.

At a time when the government is proposing to improve the living conditions of informal sector workers by providing them with social security and other legal protections, the state of those in the formal sector of the economy - organised sector employing 10 or more as well as those in central and state governments and public sector undertakings -  is not very encouraging.

Prof Radhicka Kapoor of the Indian Council for Research on International Economic Relations (ICRIER) says the formal sector is hiring more and more people on contract - those who are not hired directly but through a contractor for limited tenure - because it significantly lowers the cost of hiring for performing the same job and suppresses the bargain power of workforce.

In her 2019 study, explaining the Contractualisation of India's Workforce, she shows that while total employment in organised manufacturing (registered under the Factories Act of 1948) increased from 7.7 million in 2000-01 to 13.7 million in 2015-16, more than half of this increase was because of the increase in contract workers. Their share increased sharply from 15.5% in 2000-01 to 27.9% in 2015-16 - as per the Annual Survey of Industries (ASI). She says these contract workers can be fired easily, have little or no job security and far fewer benefits in terms of health, welfare and social security compared to directly employed workers (though not necessarily permanent ones).

The ASI's annual report of 2016-17 shows contract workers in the total workforce - those in the organised manufacturing units as well as bidi and cigar units and electricity undertakings not registered under the Central Electricity Authority (CEA) - have grown steadily from 34% in 2012-13 to 36% in 2016-17.

The Azim Premji University's 2019 State of Working in India report says that "contract workers are employed in almost every aspect of the production operation now and they form 70-80% of all workers in Maruti Suzuki's plants in Gurgaon and Manesar".

Industry spokesman, MS Unnikrishnan of the CII, agrees that contract workers have rapidly risen. He says some sectors like automobile have seen 70-80% of contract workers while the average for the industry is about 10-30%. The reason being, he says, the moment workers are made permanent their productivity goes down, they don't cooperate in modernisation or influx of new technologies and it becomes very difficult to manage them due to their unionisation. He defends the contract system by giving the example of the automobile sector which, he says, not only has a higher share of contract workers but also has one of the highest productivity in the industry.

Limited data for formal economy as a whole

Not just in the organised sector, the contract system has made rapid inroads into the government and PSU jobs too. The Bharatiya Mazdoor Sangathan's (BMS) Pawan Kumar gives the example of the NTPC's thermal power unit on Delhi's outskirts (Badarpur), which was shut down last October. He says the BMS was shocked to learn that it had only 148 permanent workers while the number of contract workers was more than 2,500.

The ASI data maps only a part of the formal economy - that of the organised sector employing 10 or more but not those employed with central and state governments and public sector undertakings. When taken in its entirety, there is no telling how many of them are on contract in the formal economy, while hiring on contract is rampant in government and public undertakings.

Prof KR Shyam Sundar of XLRI's Xavier School of Management, Jamshedpur, says no data on the contract (in the entire formal economy) was ever available. Moreover, the government has stopped publishing data on employment in the formal economy after 2012. This is reflected in the latest Economic Survey of 2018-19 too, which gives information about the formal employment only until 2012 and does not mention contract employment at all.

He wonders why the information on formal employment has been stopped since this is a statutory requirement under the Employment Exchange (Compulsory Notification of Vacancies) Act of 1959. "Either these data are not being collected or not being declared because of rapid decline in the formal jobs", he says.

The labour union takes a dim view of the contract system. The BMS president CK Sajinarayanan says it will "not only destroy the standard of living of workers but also destroy productivity and industrial progress". That is because he explains, contract work means low wages, low skills, low working conditions, no permanent relationship with any particular industry as a result of which quality of work diminishes, leading to lower productivity and progress.

The industry may have a different take but economists are on the side of the labour unions' concerns.

Prof Sundar points out that as the latest Periodic Labour Force Survey (PLFS) of 2017-18, released in May 2019 shows, even among the "regular wage/salaried employees in the non-agriculture sector" 71.1% have no written contract - up from 59% in 2004-5 - reflecting that precariousness of employees have increased. Those with no paid leave also increased from 46% to 54% during the same period. Besides, in 2017-18, 49.6% had no social security.

"Growing informalisation, precariousness and joblessness have seriously undermined the capacity of people to not only contribute productively at workplace but building of human capital for the future because they can't spend on health and education of their children", he says.

Does this help the economy? Prof Kapoor says if there is no security of tenure and wages are low there is very little incentive to invest in skilling from either side - contract workers and firms engaging them - leading to fall in productivity.