Irrespective of their ideological persuasions, trade unions strongly contest several reform proposals that the industry thinks are progressive but will the government bite the bullet this time? 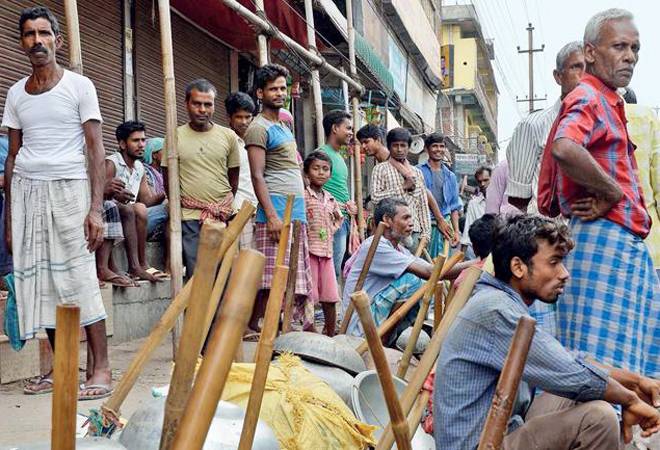 The government ran into trouble during the previous Lok Sabha because of strong opposition from trade unions of all persuasions to a large number of reforms proposed in the four codes.

Former Niti Aayog chairman Arvind Panagariya best captured the complexities of India's labour laws in these words, "The labour situation is incredibly complicated: when you go from six workers to seven in a firm, the Trade Unions Act kicks in. When you go from nine to ten, the Factories Act kicks in. And when you go from 19 to 20, something else kicks in, as happens again when you go from 49 to 50 and 99 to 100. The biggest killer is the Industrial Disputes Act, which says that if you are a manufacturing firm with 100 workers or more, you cannot dismiss any of them under any circumstances unless you get prior approval from the government."

"This is rarely given and it applies even if you go bankrupt, in which case you still have to pay your workers. This has important consequences because investors are not going to enter into an industry if they can't exit. So India has a very pernicious set of labour laws and that really, to me, is the reason why Indian firms have remained so small on average."

Labour is in the concurrent list and more than 40 central laws and more than 100 state laws govern the subject. The central government is keen to consolidate the central laws into four codes - relating to wages, industrial relations, social security and welfare and occupational safety, health and working conditions - and bring about reforms to ensure ease of business.

The government ran into trouble during the previous Lok Sabha because of strong opposition from trade unions of all persuasions to a large number of reforms proposed in the four codes. The key contentious reforms are as follows:-

Membership and composition of trade unions: The Industrial Relations Code of 2017 provided that a minimum of 10% of workers or 100 workers employed in an establishment or industry would be needed - from seven at present - to register a trade union. It also restricted outsiders to an establishment/industry from becoming a member to two and prohibited a minister or a person holding an office of profit (outside of establishment) from becoming a member or office bearer.

The trade unions are opposed to these. Both the RSS-affiliated Bharatiya Mazdoor Sangh (BMS) and the Left-backed Centre of Indian Trade Unions (CITU) say there should be no such changes. The BMS president CK Sajinarayanan says that it is for the trade union to decide who should be a member or leader of the union, adding that "the government has no business deciding this".

The CITU general secretary Tapan Sen too holds a similar view and says it is particularly difficult to gather such a large number of members in private sector with no union to protect them from vindictive actions. He cites the case of an automobile unit in the NCR which required the Parliament's intervention for forming a union.

The industry has a different take. MS Unnikrishnan, chairman of the CII National Committee on Industrial Relations, says the industry would prefer to increase the limit further, to have only one trade union in an establishment and stop political affiliation for these bodies as that hinders conciliation.

Also Read:Union Budget 2019: New tenancy law to bring relief to those who live on rent

Hire and fire: The Industrial Relations Code of 2017 further sought to increase the limit for prior permission of the government for lay-off, retrenchment and closure to 300 workers, up from 100 at present. This has been the most controversial provision.

The trade unions strongly protest against such a change. The BMS says a company which earlier needed 100 workers can now operate with just 20 to 30 due to mechanisation and so, the limit should be brought down. The CITU thinks if the hire and fire policy is further liberalised, there is a bigger risk of a worker being thrown out for demanding even legitimate rights.

The industry begs to differ. Unnikrishnan says the industry should not be "compelled" to run unviable units and that this is not about a hire and fire policy but prudent business policy. "We want the limit to go further up (more than 300)", he says.

Ban on strikes: The Industrial Relations Code of 2017 also restricted strike by (a) requiring prior notice of 14 days and striking within two months of such notice (now prior notice is required only for essential services), (b) but banning strikes during the pendency of the conciliation process which starts from the day of the notice and (c) increasing fine up to Rs 50,000 in addition to one month's imprisonment for violations.

The trade unions think these provisions amount to a virtual ban on strike and oppose it. Sajinarayanan says it is "totally against the basic right of workers", a strike being the last resort for enforcement of workers' rights.

The industry does not think so. Rituparna Chakraborty of Teamlease Services, a leading human resources company, says strike does not help anyone. Instead, the focus should be on creating an environment to address issues and remove lack of trust in collective bargaining. Unnikrishnan supports the idea and bats for attitudinal changes to conflict management.

Single social security authority: Another contentious issue is a single mechanism, under the Social Security and Welfare Code of 2017, to govern pension, provident fund, medical benefit etc. for all kinds of workers, including part-time, casual, fixed term, domestic and home-based workers. It sought to club 15 central laws together.

The trade unions have their reservations. While welcoming the attempt to provide social security cover to all kinds of workers, Sajinarayanan fears that the merger of organisations and funds for organised (EPFO, ESIC) with that of the unorganised sectors would lead to "cross subsidisation" and harm the interest of the former.

He suggests a separate body for the unorganised sector workers. Sen fears that the merger would cause a mess and prove detrimental to those which are working well. He also fears that it would be easier for the government to use a single fund for speculative purpose.

The industry has no such apprehensions. Chakraborty says that including all kinds of workers in one group would end many of the complexities that lead to a higher cost of compliance, informalisation of work and exploitations in the unorganised sector. Unnikrishnan says that the fears could be easily addressed by ensuring that the regulatory body is professionally run. He dismisses fear of investing in stock markets, saying that this is a globally accepted norm for decent returns.

Redefining factories: The government proposes several amendments in the Factories Act of 1948 to ensure adequate safety measures and promote health and welfare of the workers. One of these relates to redefining factories from a minimum of 10 workers in an establishment (if power is used) to 20 and from 20 (if power is not used) to 40 workers.

The CITU thinks this would push out a large number of units in the organised sector. The BMS is in favour of removing all thresholds, including ones for applicability of EPF and other laws too. Sajinarayanan says labour law should be applicable to all factories, even if there is one worker.

While it remains to be seen how far the government accommodates the trade unions' wishes, many of the reform proposals are actually borrowed from Rajasthan - like increase in the thresholds for trade unions, expanding the size for lay-offs/closure and redefining a factory - which the Economic Survey of 2018-19 says has produced good results.