Lockdown 5.0 in Haryana: Interstate borders to open from June 1, religious places from June 8

As per the fresh guidelines issued by Haryana, the lockdown in containment zones will continue till June 30 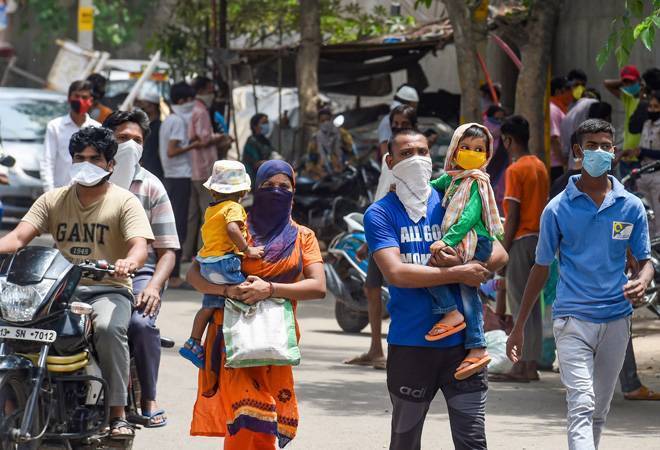 As per the fresh guidelines issued by Haryana, the lockdown in containment zones will continue till June 30. Chief Minister M L Khattar held a meeting with some of his senior ministers and officials on late Sunday evening and took a call on the Centre's fresh lockdown guidelines, termed as "Unlock 1.0".

It was decided in the meeting that there will be no restriction on inter-state and interdistrict movements of people and goods, a state government statement said after a three-hour meeting which ended late Sunday evening. In the meeting, it was also decided to open all religious places, hotels, restaurants and other hospitality services, besides shopping malls from June 8 in accordance with the SOPs, which would be fixed later by the Ministry of Health and Family Welfare.

The meeting was attended by Deputy Chief Minister Dushyant Chautala and Home Minister Anil Vij, besides several senior government officials. Chief Minister Khattar had summoned the meeting in Chandigarh in the wake of the Centre's issuing fresh guidelines for the fifth phase of the lockdown beginning June 1.

Vij had justified earlier sealing of the borders with the national capital, saying coronavirus cases in Haryana would have been at par with Delhi had they not been sealed. The Haryana government has maintained that a spurt in infection has been due to rising cases in districts adjoining the national capital owing to the cross-border movement of people from Delhi.

Vij, however, had at the same time said if Centre allows free movement of people after lockdown 4 ends on May 31, the state will follow these directions. In the fresh guidelines on Saturday, the Centre has said there shall be no restriction on interstate and intrastate movement of people and goods and no separate permission, approval or e-permit will be required for such movements.

"The state government decided to extend the lockdown in containment zones till June 30. It has also been decided to open the restricted areas in a phased manner in accordance with the provisions of National Disaster Management Act, and guidelines issued by the District Magistrate and concerned department," said the statement.

It was decided in the meeting that district magistrates can impose restrictions under Section 144 of the CrPC on movement of individuals in areas under their jurisdiction from 9 pm to 5 am except for essential services. In addition, the shops will remain open from 9 am to 7 pm, the new Haryana guidelines said, adding the the deputy commissioner concerned can, however, impose suitable restrictions in highly congested markets depending on their own assessment.

It was also decided in the meeting that as per the Centre's directive for COVID-19 management, wearing face mask would be compulsory in public places, workplaces and during transport. People will also have to maintain a minimum distance of 6 feet from others in public places, the guidelines said, adding, shopkeepers will ensure physical distancing among customers and will not allow more than five persons inside the shop at one time.

Large public gatherings or congregations will continue to remain prohibited, the guidelines stipulated, adding in marriage related gatherings, the number of guests shall not exceed 50, while up to 20 people can attend last rites of a person. The guidelines also decided to allow the functioning of offices with 100 percent attendance of Group 'A' and 'B' officials and 75 percent attendance of Group 'C' and 'D' employees.

Coronavirus effect: Hotels may have to wait 12-18 months to return to pre-COVID business