The five primary categories in the appliances and consumer electronics market - ACs, TVs, audio, refrigerators, and washing machines - is projected to sail at a compounded growth rate of 11.7 per cent between 2018/19 and 2024/25 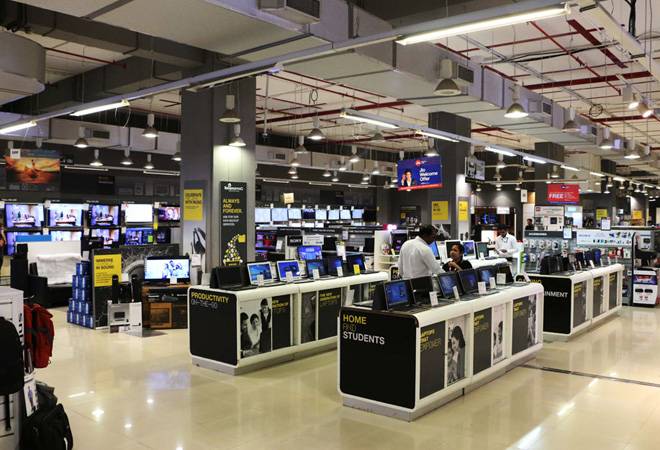 The Indian consumer electronics market is expected to grow in double digits over the next several years on the back of India's consumption story. More encouragingly, domestic manufacturing in the sector can grow faster if all the pieces of the puzzle fall in place.

The five primary categories in the appliances and consumer electronics (ACE) market - air conditioners (ACs), audio, refrigerators, televisions, and washing machines - is projected to sail at a compounded growth rate of 11.7 per cent between 2018/19 and 2024/25. Or from Rs 76,400 crore now, the market is expected to swell to Rs 1,48,600 crore in six years, a new study by Frost & Sullivan and the Consumer Electronics and Appliances Manufacturers Association (CEAMA) estimates.

In the same period, domestic manufacturing in this category is expected to grow 17.8 per cent. "With the rise in the purchase of ACE products and favourable government initiatives like 'Make in India' and the National Policy on Electronics, India can transform itself into a global consumer electronics manufacturing hub. The domestic value addition for the ACE products stands at 34 per cent in 2018/19 and is likely to grow to 54 per cent by 2024/25," the report stated.

This wave of manufacturing is expected because global brands see India's consumption picking up. India has a median age of 27 years and millennials (18-34 years) constitute about 25 per cent. The working age population will thereby expand over the next several years, leading to the purchase of more consumer electronics products. Meanwhile, the penetration of many categories, such as ACs, is low. Manufacturers have headroom to grow.

Nevertheless, manufacturers sounded caution at a CEAMA conference in Delhi on Friday. The applecart could turn if gaps aren't plugged. There are gaps between global standards and those in India even as many multinationals such as LG have invested in world class factories in the country. There are issues both outside and within most factories. Outside the factory, infrastructure bottlenecks continue to trouble manufacturers. Within the factory, India still has a productivity gap versus the rest of the world.

The productivity gap is mostly because of a skills gap. Manufacturers rued poor technical know-how of the workers. Every compressor used in ACs today is either imported or assembled by multinationals. Indian companies have also not invested enough in research and development.

Indian manufacturers, meanwhile, constantly pointed to the automotive sector - the auto industry grew because of stiff import tariffs. Some said that the consumer electronics industry requires such protection to get to scale.