West Bengal Assembly Election Results 2021: TMC stated that the counting for the Nandigram seat is not complete yet as votes in the last round of counting were not included in the result. It would seem that the ECI had pre-maturely announced the result for Nandigram 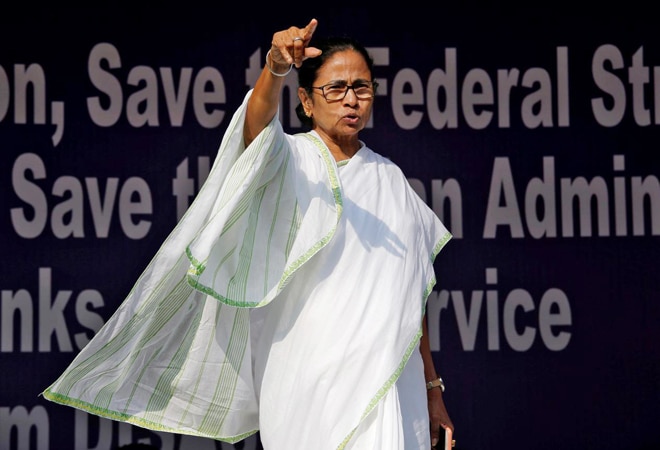 After a neck and neck competition between Mamata and her former acolyte, the West Bengal Chief Minister managed to take a lead of 1,200 votes

After a heated contest and a difficult-to-believe twist, Trinamool Congress chief Mamata Banerjee conceded the Nandigram constituency to BJP candidate Suvendu Adhikari. Addressing a press briefing on Sunday evening, Banerjee stated that the Election Commission of India (ECI) has retracted the statement.

"Don't worry about Nandigram. I struggled for Nandigram because I fought a movement. It is okay. Let the Nandigram people give whatever verdict they want, I accept that. I don't mind. We won more than 221 seats and the BJP lost the election," she said.

Meanwhile, TMC stated that the counting for the Nandigram seat is not complete yet as votes in the last round of counting were not included in the result. It would seem that the ECI had pre-maturely announced the result for Nandigram. As things stand, BJP's Adhikari is leading by 1,957 votes.

The counting process for Nandigram has not been completed. Please do not speculate.

Banerjee also stated that she will take legal recourse against ECI's irresponsible conduct.

Adhikari had maintained a lead over the incumbent Chief Minister in the early hours of the morning on Sunday with Banerjee slowly closing the distance. After a neck-and-neck competition between Mamata and her former acolyte, reports claimed that the West Bengal Chief Minister had taken a lead. At 4:25 pm, news agency ANI confirmed that Banerjee had defeated her former aide with a margin of 1,200 votes.

The ECI then retracted the result an hour later; Banerjee then informed about the gaffe in her press briefing.

Adhikari had previously served under Mamata Banerjee as the Minister for Transport, Irrigation and Water resource in West Bengal from 2016 to 2020. His association with Banerjee goes long back; Adhikari was by Banerjee's side as she fought for farmers' rights in Nandigram in 2011.

The battle for the Nandigram seat was one of the most carefully watched during this election season as the incumbent Chief Minister was going against a former cabinet minister from her administration on a seat that had gone to the latter in 2016.

As for the rest of the state, the TMC has an enormous lead over the BJP. TMC is leading in 216 seats while the BJP leads in 75 seats. Other politicians in the country have taken to Twitter to congratulate Mamata Banerjee and the TMC for their performance in the West Bengal assembly elections 2021.

Congratulations to the Chief Minister of West Bengal, @MamataOfficial Didi on her party's victory in West Bengal assembly elections. My best wishes to her for her next tenure.

Congratulations to @MamataOfficial Mamata Banerjee on her spectacular victory over the forces of communalism and intolerance. The voters of Bengal (& esp Nandigram) have demonstrated where their hearts lie. The BJP has met its match in Bengal, and lost.

Congratulations @MamataOfficial didi for landslide victory. What a fight!

Congratulations to the people of WB