Singh says like $5 trillion economy by 2024-25 is wishful thinking, there is also no reason to expect that farmers' income will be doubled in three years 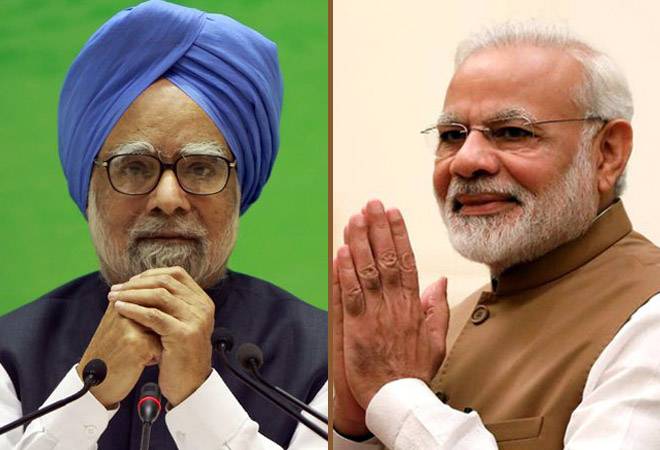 Former prime minister Manmohan Singh has said Modi government doesn't acknowledge the word "slowdown" and warned of real dangers if corrective action will not be taken on time.

"...we have today a government that does not acknowledge that there is such a word as slowdown. I think this is not good for our country," Singh, while addressing a gathering at the launch of Montek Singh Ahluwalia's book 'Backstage: The Story behind India's High Growth Years', said. He also cited the former Planning Commission's observations to state that achieving the $5 trillion economy by 2024-25 was just "wishful thinking".

Talking about Ahluwalia's book, Singh said just like achieving $5 trillion economies by 2024 was "wishful thinking", one could also not believe on the government's claim of doubling farmers' income. "Montek has also pointed out that contrary to what the ruling group may say, today the USD 5 trillion economy by 2024-25 is wishful thinking. Also, there is no reason to expect that farmers' income will be doubled in a three-year period," he said.

He said there's a need for bold and new reform measures. "I do believe that there is a need for re-thinking of the reform process fresh. The second generation of reforms requires new pathways and these new pathways can emerge only with a solid discussion of the alternatives," Singh said.

Singh, who has been a staunch critic of the Modi government, in November said the state of Indian economy was in quite a bad shape. He added a sharp dip from 5 per cent in the first quarter to 4.5 per cent in the second was worrisome.

Also read: Manmohan Singh believes there is something worse than economic slowdown in the country