PM Modi Mann Ki Baat: PM Modi said that India has the ability to become a toy hub for the entire world. He urged Indian startups to focus on toy making 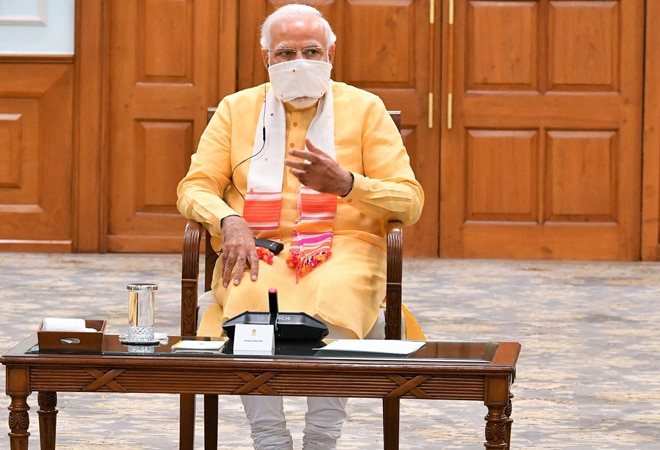 Prime Minister Narendra  Modi on Sunday addressed the nation through his radio programme 'Mann Ki Baat'. It was PM Modi's 68th edition of the Programme in which he spoke particularly about the toy industry, how to make India self-reliant, and the importance of following a nutritious diet.

1. PM Modi said that India has the ability to become a toy hub for the entire world. He urged Indian startups to focus on toy making. PM Modi asserted that the global toy industry is over Rs 7 lakh crore but India's share is very small. PM Modi called upon entrepreneurs to 'team up for toys' and said it is time to get 'vocal for local toys'.

2. PM Modi praised various apps that were part of "Atma Nirbhar Bharat App Innovation Challenge." The prime minister informed that 7,000 entries had been received for the challenge, which included two-third app makers from tier-1 and tier-2 cities. PM Modi cited several apps that took part in the challenge, like Koo, Step Set Go, Chingari App, Kutuki, Ask Sarkar, among others.

3. PM Modi announced that September will be observed as 'Nutrition month'. He said nation and nutrition are closely related. According to him "mental and intellectual development is directly related to the quality of food intake". He added, citing experts, that "the better nutrition a child imbibes in the womb and during childhood, the greater is the mental development of that child that happens."

4. The prime minister said that there was a need to increase awareness regarding nutrition. "Just like a class monitor, there should be a nutrition monitor. Also, a nutrition report card should be introduced, " The PM said in today's Mann Ki Baat. He also announced that My Gov portal will organise a food and nutrition quiz and a meme competition in September.

5. The prime minister said that an 'Agricultural Fund of India' is being created which will have all the information about the crops that are grown in different states and districts. The portal will also include nutritional information about those crops.

6. PM Modi also shared the story of two dogs of the  Indian Army--Sophie and Vida--who've been awarded the Chief of Army Staff 'Commendation Cards.' ' Sophie and Vida received this honour because they performed their duties diligently while protecting their country," the prime minister said.

7. He said that the National Disaster Relief Fund (NDRF) has trained dozens of dogs."In the event of an earthquake, building collapse, these dogs are experts in searching out people trapped under debris," PM Modi said. He also said the Indian Army, CISF and NSG had recently inducted Mudhol Hound dogs and CRPF trained and inducted Kombai dogs.

8. Ahead of Teacher's Day celebrations, which take place every year on September 5, the prime minister lauded teachers' efforts in providing education by overcoming challenges amid the coronavirus pandemic.

9. PM Modi lauded farmers of the country for working hard to ensure higher crop production amid COVID-19. He revealed that the sowing of Kharif crops was seven per cent higher than last year and cotton has been sown about three per cent higher. PM Modi pointed out that Onam is a festival linked with farming. "Our lives and society are driven by the power of agriculture. Our festivals derive their colour only through the hard work of our farmers," the PM said.