Modi swearing-in ceremony: What's special about 'Dal Raisina' that will be served to guests at Rashtrapati Bhavan

Modi swearing-in ceremony: The dinner is expected to be nothing short of spectacular with a range of vegetarian and non-vegetarian fares. 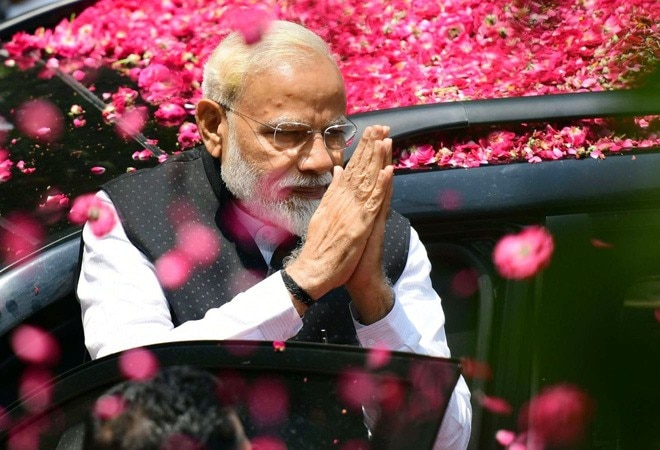 Narendra Modi's swearing-in ceremony on Thursday evening is expected to be a grand affair. Following the oath-taking ceremony, the guests that include world leaders, dignitaries and film and sports personalities, will be treated to a light dinner.

The dinner is expected to be nothing short of spectacular with a range of vegetarian and non-vegetarian fares. According to reports, from samosas, lemon tarts, dahi kebab, and Rajbhog to mutton rogan josh, chicken malai tikka, and gushtaba, the dinner is likely to be a scrumptious affair.

In the midst of all the delicacies, there is one particular dish that is sure to hog the limelight. A dish made out of humble lentils, Dal Raisina, will be the centre of attention in a table of delish offerings.

But what makes the Dal Raisina so special?

The special dal was invented by Machindra Kasture, who was the first chef appointed for the President of India after he was picked by President Pratibha Patil. Before that, every president got their own cooks.

Kasture introduced this variant of maa ki daal to the Rashtrapati Bhavan kitchen. The dal is prepared with lentils along with rajma that are soaked overnight before the day of the preparation. The soaked ingredients are washed four to five times before cooked with butter, cream, garam masala, kasuri methi and tomato puree. The dal is cooked on slow flame.

While Kasture says that the dish takes six to eight hours to cook, the current Rashtrapati Bhavan chef Monty Saini says it takes no less than 48 hours.

The Dal Raisina is velvety in texture and is best served with a side of rice.

Around 8,000 guests are expected to attend the swearing-in ceremony of Prime Minister Narendra Modi at Rashtrapati Bhavan today. Apart from the leaders of BIMSTEC countries, including Bangladesh, Myanmar, Sri Lanka, Thailand, Nepal and Bhutan, heads of the states from Kyrgyzstan and Mauritius will also be present at the ceremony touted as the biggest ever event that is being held at Rashtrapati Bhavan.

Also read: Modi 2.0: Who will get what ministry in NDA's new Cabinet