Erosion in Ambani's wealth came on the back of correction in Reliance Industries shares, which have fallen as much as 16 per cent from their all-time high of Rs 2,369.35 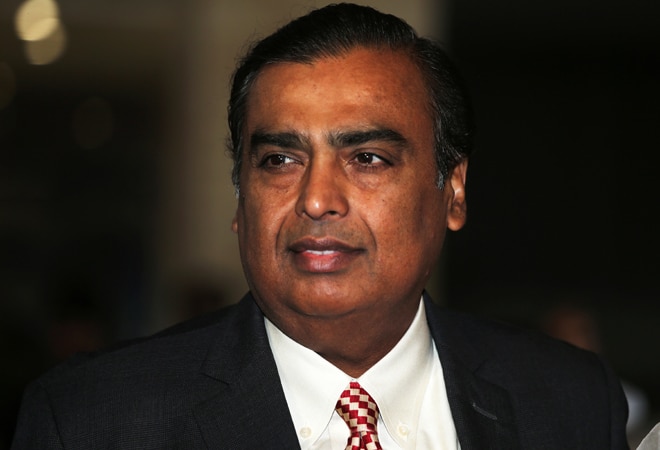 Reliance Industries Chairman Mukesh Ambani is no longer among the 10 richest people in the world as the shares of his company saw correction over the past couple of months. Ambani, still the richest man in Asia, has now dropped down to eleventh position in the Bloomberg Billionaires Index, after reaching the fourth spot earlier this year.

The Bloomberg list shows Ambani's wealth at $76.5 billion (over Rs 5.63 lakh crore), down from $90 billion (around Rs 6.62 crore) earlier this year. Sergey Brin, co-founder of Google, and Larry Ellison, Executive Chairman of Oracle Corporation, held the ninth and tenth positions, respectively, with total net worth of $76.2 billion each.

Amazon chief Jeff Bezos continued to be the richest person in the world with a net worth of $186 billion. Tesla CEO Elon Musk stood at the second position of Bloomberg Billionaires Index with $160 billion. Microsoft co-founder Bill Gates was placed third on the list with $131 billion.

With Ambani no longer among the ten richest people, the United States dominated the list. The only exception was French billionaire and LVMH Chairman Bernard Arnault, who was on the fourth spot with $110 billion net worth.

Erosion in Ambani's wealth came on the back of correction in Reliance Industries shares, which have fallen as much as 16 per cent from their all-time high of Rs 2,369.35 after the conglomerate entered a Rs 24,713 crore deal with Future Retail to acquire the latter's retail, wholesale, logistics and warehousing businesses.

However, the deal faced serious hiccups with Amazon challenging it. The Jeff Bezos-led retail giant claimed that its 2019 investment in Future Coupons had clauses that the Kishore Biyani-led group cannot sell its retail assets to anyone on a retail assets list, which included Reliance Industries.

While the matter is now in court, Reliance Industries shares have seen profit booking on the back of the dispute with Amazon. On Thursday, the scrip closed at 1,993.90, up 50.10 points or 2.58 per cent.

Despite the recent turbulence, RIL shares are 33 per cent higher year till date, creating over Rs 3 lakh crore wealth for investors. This is almost half of the wealth the conglomerate has created for investors over the past 25 years. According to annual Motilal Oswal wealth creation analysis, Reliance has created Rs 6.3 lakh crore investor wealth between 1995 and 2020.