The Circular 10 issued issued on December 31 last year talks about non-applicability of a section of Income Tax Act (Section 56(2)(viia)) on receipt of shares by a closely held company or a firm as a result of fresh issuance of shares. 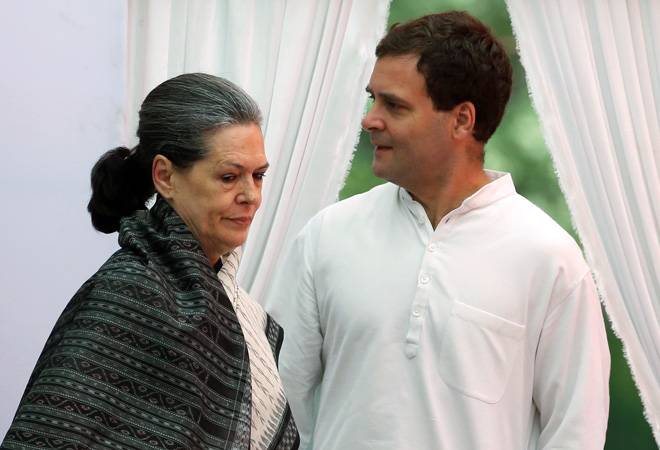 The Income Tax Department has hurriedly withdrawn a recently issued circular that unwittingly gave the Congress Party 'relief' in the National Herald case in which both Sonia Gandhi and Rahul Gandhi are accused.

The Circular 10 issued issued on December 31 last year talks about non-applicability of a section of Income Tax Act (Section 56(2)(viia)) on receipt of shares by a closely held company or a firm as a result of fresh issuance of shares. This particular section of the Income Tax Act deals with taxability in case shares of unlisted company are received without consideration or with consideration which is less than the fair market value (of the shares) by a firm or closely held company.

Withdrawing the Circular 10, the tax department has said since the term 'receives' used in Section 56(2)(viia) is pending before judicial forums and stakeholders have sought clarifications on similar provisions in Section 56 of the Act, "the matter is required to be examined afresh so that a comprehensive circular on the matter can be issued".

It, therefore, says that "the said circular shall be considered to have been never issued."

In the National Herald case, the publishers of the newspaper, Associated Press Journal (AJL), had issued fresh shares of the company to Young India Ltd (YIL) in 2010 for taking over the formers' debt of Rs 90.25 crore. The allegation against Congress party is that it loaned Rs 90.25 crore to AJL in December 2010 and subsequently assigned this debt to Young Indian Ltd (YIL) for a paltry Rs 50 lakh and in doing so, transferred shares of AJL worth Rs 2,000 crore to Young India.

This also lead to Income Tax Department initiating tax evasion probe against Young Indian and its board members. Sonia Gandhi and Rahul Gandhi together holds 76 per cent in Young Indian.

The Section 56(2)(viia) included in the Income Tax Act in 2012 says that if any company receives shares at prices which is lower than the fair market value of the shares, then the difference in price would be deemed to be income of the recipient.

Ved Jain, a chartered accountant, says that the industry's interpretation from the beginning was that this Section should be applicable only when the shares are purchased from the market and is not applicable when a company allots the shares or issues fresh shares. "Agreeing to the industry plea, the tax department came out with the circular clarifying that the Section was not applicable on fresh issuance of shares," he says.

Experts say that in case of National Herald, since AJL issued fresh shares to YIL against its loans, hence after the issuance of circular, the case of tax evasion by the latter and its directors may get diluted, giving relief to the accused in the case.

However, now that the government has realised that the 31 December circular 'unknowingly' gave relief to Congress party, it has withdrawn the circular much awaited by the industry.

Experts though believe that the tax department would once again issue the circular with minor changes.