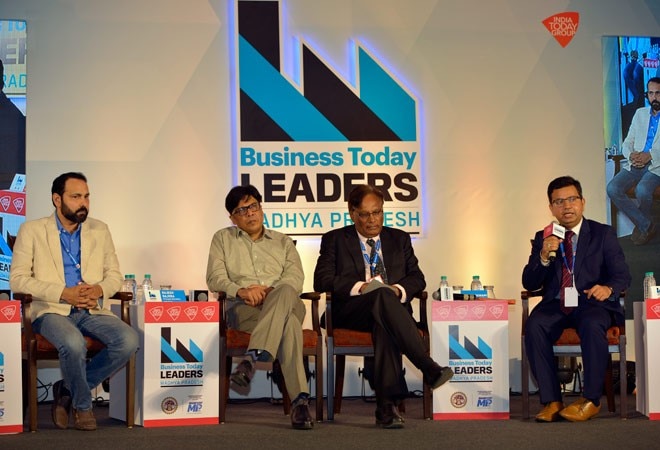 As India intends to become $5 trillion economy by 2024, developing industry clusters is key for regional economic development as it would help increase productivity, stimulate innovative new partnerships, even among competitors, and present opportunities for entrepreneurial activity, said R S Goswami, President, Federation of Madhya Pradesh Chambers of Commerce and Industry. He was speaking in a panel discussion on 'MP Industrial clusters 2.0' during the Business Today Business Leaders of Madhya Pradesh event in Bhopal on Wednesday.

It is important to understand the drivers and economic elements that enable these clusters to function, said panel's moderator Mohammad Athar, Partner-Economic Development and Infrastructure, PwC India.

He said that state government should focus on improving value chain, ease of doing business and single window clearance system to boost manufacturing clusters and help the sector compete with China, UK, Vietnam and South Korea. He also pressed for abolishing license system, working on sector-specific policy and implementing feedback mechanism from industry.

Goswami, who is also the Chairman of Hind Pharma, said that Madhya Pradesh needs to do more to make the state an attractive manufacturing destination. He also expressed hope that government may soon announce some measures on cluster development  He also talked about engineering cluster in Govindpura and pharm cluster in Indore.

Govindpura is an area in the BHEL township in the city of Bhopal that support the PSUs and industries in and around the city to develop engineering products, especially transformers.

The state has been an early mover in setting up industrial clusters such as Pithampur, Dewas and Mandideep. That has resulted in many big businesses being established in the state apart from creating an ecosystem for small businesses.