Nepal PM Oli said that nobody has asked him openly to quit but he can smell the undercurrent. Oli accused India of trying to destabilise his government and alleged that the Indian Embassy in the country is conspiring about the same 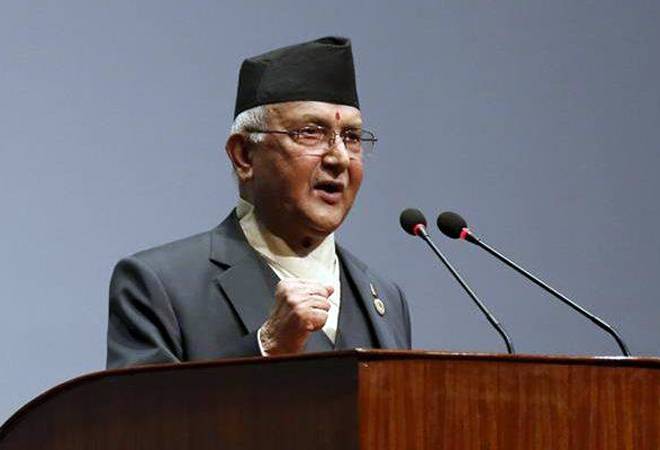 Amid dissension from some members of the ruling Nepal Communist Party, Prime Minister KP Sharma Oli has said that it is impossible to remove him. The Prime Minister also blamed India for conspiring against him over the India-Nepal map furore.

Speaking at an event to commemorate the 69th birth anniversary of the popular leader of the Nepal Communist Party Madan Bhandari, PM Oli said that meetings were underway at a hotel to remove him and that "an embassy is also active in it".

The Prime Minister said that nobody has asked him openly to quit but he can smell the undercurrent. Oli accused India of trying to destabilise his government and alleged that the Indian Embassy in the country is conspiring about the same. He said that conspiracies have been taking place since Nepal amended the map showing Indian land. "There is an open race to remove me from the post. Nepal's nationality is not weak. No one thought that a prime minister would be removed from office for printing a map," KP Sharma Oli said.

Nepal's parliament passed an amendment on June 13 to include the new political map featuring areas of Lipulekh, Kalapani and Limpiyadhura. The neighbouring country laid claim over the strategically key areas along the border with India. India has maintained that these three areas belong to it and registered a strong protest.

Oli said that some Nepalese leaders are also involved in the attempts to remove him immediately. Former PM and Communist Party president Prachanda had said earlier that KP Oli has been unsuccessful on every front and he should resign. Prachanda said that siding with KP Oli was his biggest blunder as a politician and threatened to divide the party.

The India-Nepal bilateral ties came under strain after Defence Minister Rajnath Singh inaugurated an 80-km-long strategically crucial road connecting the Lipulekh pass with Dharchula in Uttarakhand on May 8. Nepal reacted to the road and claimed that it passed through Nepalese territory. India rejected the claim and said that it lies completely within its territory.