Notably, many analysts have been calling for urgent reforms in the factor markets, especially regarding land and labour, to get the economy out of the trough, citing the strong political mandate the government enjoys 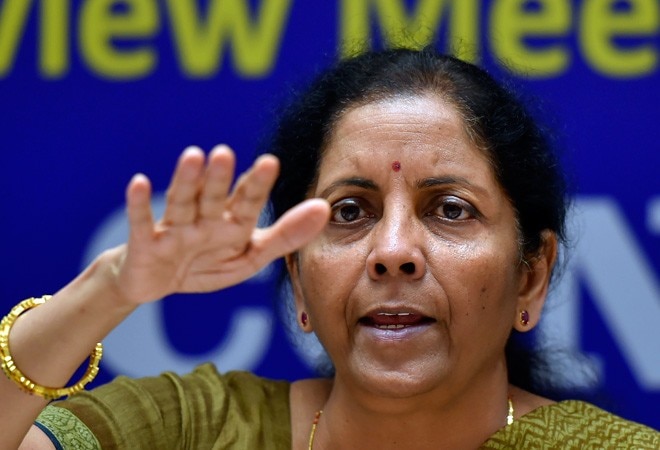 Finance Minister Nirmala Sitharaman on Tuesday said the government will soon use its strong electoral mandate to usher in the next wave of reforms, and not to miss the bus this time.

Without naming the reform measures unsuccessfully attempted by the Modi government in its first term, and in an apparent hint at land acquisition reform attempts by NDA1, she said government's efforts last time were thwarted by the poor numbers in the Upper House.

It can be noted that many analysts have been calling for urgent reforms in the factor markets, especially regarding land and labour, to get the economy out of the trough, citing the strong political mandate the government enjoys.

"...I am sure we will now show the commitment for reforms happens fast. That is where the mandate given to Modi 2.0 will help," Sitharaman said, speaking at The Indian Express "Adda".

"We will push forward with those reforms which have missed the bus last time, but won't miss the bus now," the minister asserted.

Her comments come on the heels of the BJP failing to improve its tally in the just concluded Maharashtra and Haryana elections despite the party playing the nationalism card to the full. Many pollsters have opined that hard economic realities such as the deepening agrarian crisis and rising joblessness have trumped the nationalism card of the ruling BJP in both the states.

When asked whether economics has trumped politics in the recent elections, she it is not possible for any political party, particularly those in power, to delink any subject.

"It is not possible for any government, be it at the Centre or in the states, to say give me your vote on nationalism and I do not want to talk about economic issues.

Is the voter going to be indulgent enough to say 'alright, the prime minister doesn't want to talk about economy so we won't talk about the economy'," she said.

Hitting out at those who blocked government from carrying out reforms in its first term, she admitted that the numbers were limited (in the Upper House) and the country paid the price for that.

She said the manufacturing sector competitiveness is still pulled down by "extraneous" factors such as high cost for land, electricity and also changes in land use, which are beyond the ambit of individual companies, but which the government now wants to ease them all.

"Everything has a long way to go in terms of becoming actually easy to do business," she said.

With dozens of companies leaving China and opening shops in other emerging countries like Vietnam and Bangladesh following the US-China trade wars, Sitharaman said the government has created a list of potential players who will be tapped and added that some conversations are already on in this regard.

She also pointed out Vietnam's weaknesses, including a saturation in its labour market and also low domestic demand due to its low population base and pointed to the huge domestic market that our 1.34 billion population offers.

About companies to committing new investments and using the space created by the corporate tax cut for deleveraging, she said it is fine for a corporate to use the space for the purposes it wishes and exuded confidence that over the long-term, they will invest.

"I would not say deleveraging is wrong, if you want to come out of some stress," she said.