The details of the cars, including the price, model, year of manufacturing, photographs, relevant documents will be put up on the MSTC website during the coming week 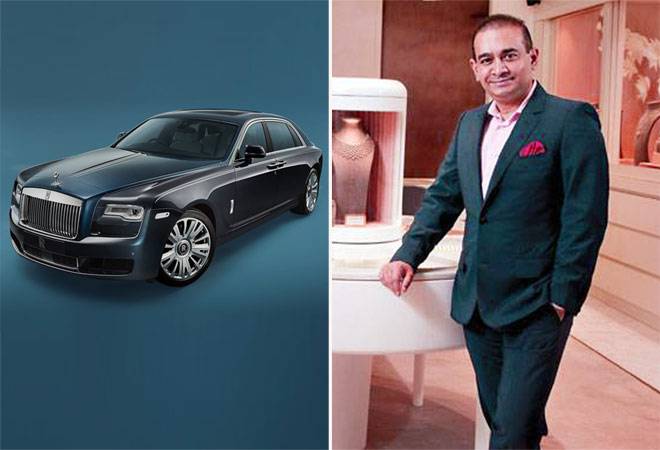 The auction of luxury cars belonging to Nirav Modi is expected to raise at least a few crores.

The Enforcement Directorate is likely to auction 13 luxury vehicles owned by fugitive diamantaire Nirav Modi this month. A special PMLA court had allowed agencies last month to sell high-end cars and 178 paintings Modi owned. The proceeds from the auction will help recover a portion of the amount defrauded in the Rs 13,000-crore PNB scam, which has Modi and his uncle Mehul Choksi as the prime suspects.

The list of cars includes the like of Rolls Royce Ghost, a Porsche Panamera, two Mercedes Benz models, three Honda cars, a Toyota Fortuner and an Innova, among others. The cars will be sold through an online auction likely to be held on April 18, Hindustan Times reported.

The contract for selling the cars has been given to Metal Scrap Trade Corporation Limited (MSTC), a government-run e-commerce company. The details of the cars, including the price, model, year of manufacturing, photographs, relevant documents will be put on the MSTC website during the coming week, the daily reported.

The state agency is preparing an auction catalogue and finalising arrangements and locations where interested buyers can check the vehicles before buying them, HT quoted an officer. The prospective bidders will be allowed to check the vehicles, most probably a week before the auction is conducted, but not to take them for a test drive. After the sale, the bidders will be given the time period to complete the payment and other formalities.

Last week, the Income Tax Department had sold 68 paintings, including one by Raja Ravi Varma, to raise Rs 54.84 crore. The paintings were owned by Nirav Modi and his shell firm Camelot Enterprises. However, Camelot had moved Bombay High Court claiming that only 19 of the 68 paintings listed for auction belonged to it and thus the auction should be cancelled. The court had ordered the I-T Department to reply to the plea filed by Nirav Modi's company.