The list, which includes land and industrial plants of state-owned enterprises NTPC, Cement Corporation of India, Bharat Earth Movers Ltd. and Steel Authority of India Ltd., has been passed on to the Department of Investment and Public Asset Management 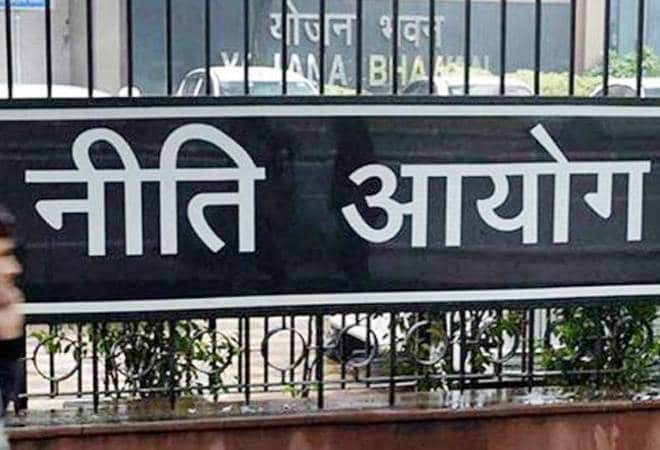 Having set an ambitious Rs 90,000-crore disinvestment target for the current fiscal, the government has been looking to monetise non-core assets of Central Public Sector Enterprises (CPSEs) to unlock wealth and generate value on equity for shareholders. In March, NITI Aayog was tasked with identifying non-core assets of various CPSEs, both healthy and sick ones, that could be put on the block and the think-tank is reportedly now ready with a list of over 50 such assets.

The list, which includes land and industrial plants of state-owned enterprises NTPC, Cement Corporation of India, Bharat Earth Movers Ltd. and Steel Authority of India Ltd., has been passed on to the Department of Investment and Public Asset Management (DIPAM), The Economic Times reported. It was drawn up by Niti Aayog CEO Amitabh Kant in consultation with the secretaries of nodal ministries.

Sources told the daily that among the assets that have been identified for sale are brownfield projects of various companies including SAIL and NTPC's Badarpur plant, which sits on 400 acres of land and is currently closed. They added that this list will help the administrative ministries or the public sector companies to kickstart the sale process.

Incidentally, this is in addition to the 35 profitable and loss-making CPSEs previously picked by Niti Aayog for strategic sale, such as Air India, BEML, Scooters India and Bharat Pumps Compressors. Other CPSEs that have already received government's nod for outright sale include Hindustan Fluorocarbon, Hindustan Newsprint, HLL Life Care, Central Electronics, Bridge & Roof India, Nagarnar Steel plant of NMDC and units of Cement Corporation of India and ITDC.

The process for strategic sale of many CPSEs started back in late 2017 or early 2018 but the transactions could not be concluded. For instance, the DIPAM had issued Preliminary Information Memorandums (PIM) for sale of Pawan Hans, Bharat Pumps & Compressors Ltd, Hindustan Fluorocarbons Ltd in April 2018 while that for Scooters India and Hindustan Newsprint were floated the previous month.

Nonetheless, the government collected Rs 84,972 crore from CPSE disinvestment in the last fiscal, of which Rs 15,914 crore came in from strategic stake sale. In February, the Union Cabinet approved laying down an institutional framework for monetisation of identified non-core assets of the CPSEs under strategic disinvestment and assets relating to immovable enemy property under the custody of Custodian of Enemy Property for India (CEPI). This included setting up of a ministerial panel led by the finance minister to oversee disinvestment and restructuring among public enterprises. According to the daily, the government will soon reactivate the ministerial panel. Once the panel approves monetisation of an asset, the process must be completed within a year.

In the current fiscal, so far, the government has mopped up Rs 2,350 crore through disinvestment transactions.

India's GDP growth may accelerate to 7.2% in FY20: Goldman Sachs