The saffron party, which has won in 74 seats, is expected to have two deputy chief ministers like Uttar Pradesh 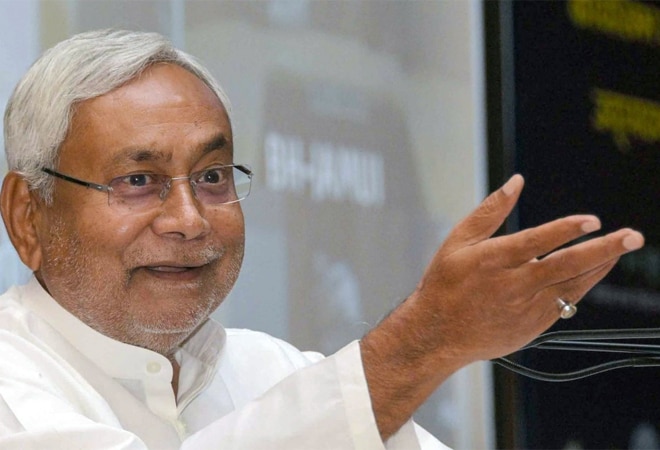 Nitish Kumar will be sworn in as the Bihar chief minister for the fourth consecutive term at the oath-taking ceremony at 04:30 pm today. Bihar Governor Phagu Chauhan will administer the oath of office and secrecy to Kumar.

Union Home Minister Amit Shah and BJP's national president JP Nadda will attend the event. Apart from Shah and Nadda, the BJP's national general secretary of organisation, BL Santhosh, will also be present at the event.

The saffron party, which has won in 74 seats, is expected to have two deputy chief ministers like Uttar Pradesh. The names of senior MLAs -- Renu Devi and Tarkishore Prasad, who were recently chosen as the leader and deputy leader of the BJP legislature party -- are doing the rounds for the post.

The BJP, which has the largest seat share in the Bihar NDA alliance, is also expected to root for the post of the Assembly speaker, according to an India Today report.

At least 12 other ministers from the NDA partners -- BJP, JD (U), HAM and VIP -- will also be sworn in besides Nitish Kumar. The cabinet will be expanded later.

Meanwhile, the Rashtriya Janata Dal (RJD) has decided to boycott Nitish Kumar's oath taking ceremony. The main opposition party in Bihar has alleged that the election mandate was 'against the NDA', which has been changed by a 'fraud'.

"The RJD boycotts oath-taking ceremony of this puppet government. The mandate is for a change, and against the (ruling) NDA. The people's verdict has been changed by the ruler's order," RJD tweeted.

No further lockdown; COVID-19 has peaked in Delhi: Satyendra Jain