Railway Board Chairman and CEO Suneet Sharma said that the ministry was operating 300 trains in January this year, which has now gone up to 800 now 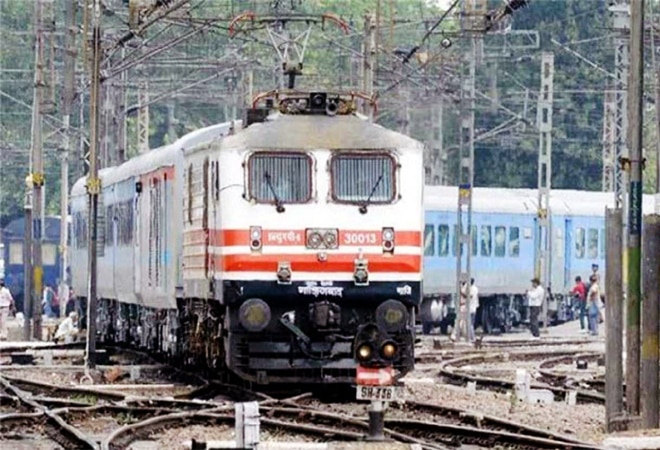 According to data from the Railway Board, between March 29 and April 7, 168 trains were operated in the Mumbai area

Ruling out reports pertaining to influx of passengers at railway stations in Mumbai and other big cities in wake of night curfews and weekend lockdown amid Covid surge, the Ministry of Railways today attributed the rush to normal summer traffic and said that there is no dearth of trains.

Addressing media on the issue, Railway Board Chairman and CEO Suneet Sharma said, "There is no reason for alarm. There is no shortage of trains. More than 1,400 trains are plying currently. Railway rakes are in ready position and the divisions have been empowered to deploy them as and when the need arises. Railway is committed to constantly meet demand."

Sharma said that with the summer season and festivals around, people travel more. He added that the crowd at railway platforms is being witnessed at some places as passengers are arriving early due to night curfew. Sharma said that the ministry was operating 300 trains in January this year, which has now gone up to 800 now.

Sharma reiterated that if any state demands additional trains, the demands will be adequately met. According to data from the Railway Board, between March 29 and April 7, 168 trains were operated in the Mumbai area. The trains made 901 trips carrying 12,23,000 passengers at 90% occupancy.

A railway board official pointed out that data for the next ten days from the Mumbai region does not reflect any extra rush. "For the next ten days period between April 8 and April 17, 177 trains are scheduled to make 929 trips. So far, 8,34,000 tickets have been booked indicating towards occupancy rate of 60%," said the official.

That said the official also pointed out that the ministry is keeping a close watch on the high occupancy routes having higher waiting list. Several social media visuals and photographs from Mumbai, and Bangalore pointed to migrant labourers leaving the city in anticipation of a situation like last year when an overnight lockdown was imposed to control the spread of Covid-19 disease.

The lockdown - imposed from 25 March last year - triggered a mass migrant crisis. With no mode of transport, labourers walked down on foot to their home states in the hinterland miles away from the industrial cities.