CPIM leader Prakash Karat said on Thursday that if ten more CMs put work on National Population Register like Kerala and West Bengal,the Centre's plan to have NPR would be buried. Karat said that these policies were an attack on the Indian Constitution. 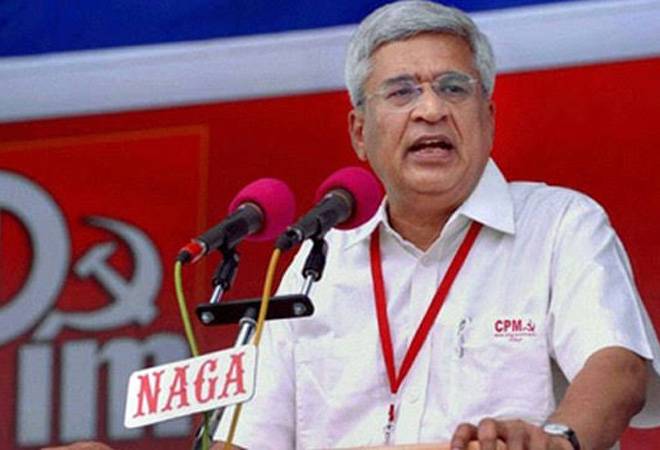 CPIM leader Prakash Karat on Thursday said if ten more chief ministers stick to their promises and put work on National Population Register on hold like those of Kerala and West Bengal did, the Centre's plan to have an NPR would be "buried".

"Twelve state governments have so far announced that they will not take up the NPR. What Kerala and West Bengal have done should be done by 10 (more) chief ministers," he said, referring to the Kerala and West Bengal governments' orders putting the NPR work on hold in their respective states. Karat was speaking in a seminar organised to protest against amendments in the Citizenship Act.

"The Narendra Modi government has planned a 'Trishul' (attack) against the Constitution. First thing was the CAA, second is the National Population Register and the third one is the National Register of Citizens. All three are interconnected. All three are one single package and cannot be separated," he said. After witnessing the widespread protests across the country against the Citizenship Amendment Act, the BJP government, however, has understood that it needs to tread cautiously in implementing the NRC, said Karat.

"Accordingly, they (BJP) have now adopted a manoeuvre and claim that the NPR has nothing to do with the NRC," he added.

"You read the citizenship Act and the rules, it is there in the black and white. The NPR is only for the purpose of creating a national register of citizens. There is no NRC without an NPR," he said. "To foil the BJP's game plan, we must concentrate on getting the NPR scuttled because once the NPR is created, you cannot stop the NRC and that is a legal process. It is there in the law," he said. Karat said even those political parties which supported the CAA inside the Parliament have opted out of it saying they would not implement the NRC.

"But that is not enough. What Kerala and West Bengal have done should be done by all 10 chief ministers (who had promised to oppose it). What Kerala has done is that it has issued a notification (putting NPR work on hold)," he said.

"But Tamil Nadu unfortunately is run by the AIADMK which is behaving like a BJP government," he rued.

"Whether it is Nitish Kumar (of JDU) or Naveen Patnaik of BJD, they all have backed out, but not here in Tamil Nadu. As part of this movement against CAA, you must demand that this government (AIADMK) suspend or stop the citizens' enrolment in the NPR," he said. On the widespread protests against the CAA, Karat said youths and students of this country have understood the game plan of the 'communal forces'.

"They have understood that it is an attempt to rewrite the Constitution... and that is why they have come out in such large numbers on streets in every nook and corner of India to protest against the new law," he said.

Also read: 'Save the country': Mamata writes to CMs, leaders of opposition parties on CAA

India will conduct 'some sort of action' in PoK to divert attention away from CAA protests: Pak PM Imran Khan