The Paris-based grouping of developed economies raised the projection for the country's economic growth rate by 4.7 percentage points from 7.9% pegged in December 2020 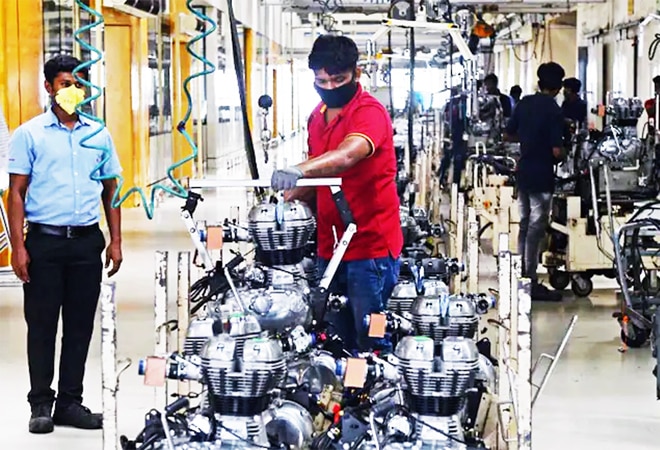 The OECD noted that the COVID-19 vaccine production in India is "super encouraging", but the distribution speed will be crucial for recovery

India's GDP (Gross Domestic Product) growth is expected to bounce sharply to 12.6% in FY22 cushioned by solid fiscal and quasi-fiscal measures, making it the fastest-growing economy in the world, the Organization for Economic Co-operation and Development (OECD) said in its interim economic outlook report.

This growth projection is the highest among G20 nations, supported by additional fiscal support after the coronavirus pandemic shoved the economy into recession.

In what is seen as the biggest upgrade of growth forecast for this year, the Paris-based grouping of developed economies raised the projection for India's economic growth rate by 4.7 percentage points from 7.9% pegged in December 2020.

The organisation has stated that it expects the country's GDP to shrink by 7.4% in FY21, against the December 2020 forecast of 9.9% contraction.

"The recovery in activity continued in the fourth (December) quarter of 2020, despite new virus outbreaks in many economies and tighter containment measures. Global output remained around 1% lower than it was prior to the pandemic, with marked variation in the pace of recovery across economies," the OECD said in its report, titled "Strengthening the recovery: The need for speed".

"The rebound has been relatively fast in several large emerging-market economies. Activity moved above pre-pandemic levels in China, India, and Turkey, helped by strong fiscal and quasi-fiscal measures and a recovery in manufacturing and construction," it added in its interim economic assessment.

The OECD also forecasted India's economic growth rate to fall to 5.4% in 2022-23, which would be higher by 0.6 percentage points than its earlier projections. The organisation said India would share its fastest-growing large economy tag with Indonesia during the year. It said the economic upturn in 2021-22 would primarily be a statistical chimera by virtue of low base effect.

The OECD noted that the COVID-19 vaccine production in India is "super encouraging", but the distribution speed will be crucial for recovery.

It projected the global economic growth rate at 5.6% in the current calendar year, 1.4 percentage point higher than its previous assessment.

The organisation also pegs the world economy to expand by less rate at 4% in 2022, but still 0.3 percentage point higher than its earlier prediction. The world economy had shrunk 3.4% last year, according to OECD.

"Additional discretionary fiscal measures announced in several countries during the past three months will add to the overall support, including in the US, Japan, Germany, Canada, and India," the report stated.

Only 458 insurance actuaries in India, need at least 1,200: IRDA Chief