One year of Modi govt 2.0: CAA, abrogation of Article 370, other key decisions taken by BJP govt

One year of Modi 2.0 government: Here's a look at some of the key decisions by Modi government 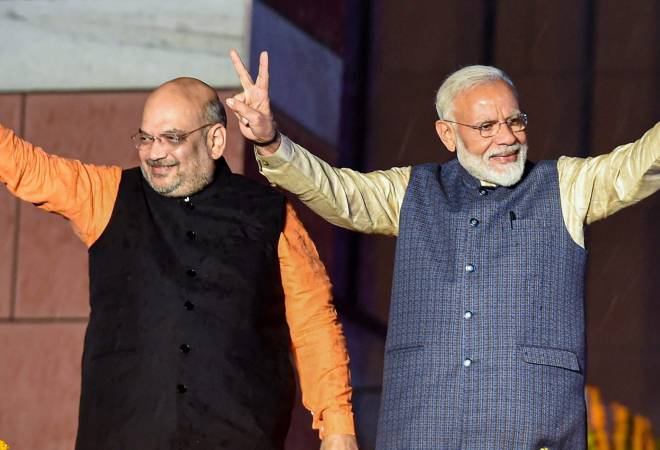 Prime Minister Narendra Modi-led Bharatiya Janta party, on Saturday, completed one year of its second tenure since May 2019. PM Modi, claimed a landslide victory last year in May in national elections with 303 of the 543 Lok Sabha seats up for grabs. In the past 12 months, the Modi government adopted a number of key laws, delivering on the electoral promises made by Modi''s BJP.

Here's a look at some of the key decisions by Modi government:

Last year, on August 5, the  Modi government scrapped provisions under Article 370 of the Indian Constitution, which granted a special status to the state of Jammu & Kashmir in the Union of India. It was decided that Jammu and Kashmir would be turned into Union Territories with a legislature, similar to Puducherry.

The Supreme Court gave a final verdict on a century-old dispute of Ramjanambhoomi-Babri masjid dispute, last year in November. The apex court backed the construction of Ram temple by a trust at the disputed site in Ayodhya, and ruled that an alternative five-acre plot be allotted for a mosque.

Delivering a unanimous judgment on a case that has long polarised the country and frayed the secular tapestry of Indian society, a five-judge bench of the apex court headed by Chief Justice of India Ranjan Gogoi said the faith of Hindus that Lord Ram was born at the site was undisputed, and he is symbolically the owner of the land. Yet, it is also clear that the destruction of the 16th century three-domed structure by Hindu kar sevaks, who wanted to build a Ram temple there, was wrong that "must be remedied," the ruling said.

The much controversial Citizenship (Amendment) Bill, which led to enormous protests across the country, was also passed during the second tenure of the BJP  government.

According to the amended citizenship law, members of Hindu, Sikh, Buddhist, Jain, Parsi and Christian communities who came from Pakistan, Bangladesh and Afghanistan till December 31, 2014 and facing religious persecution there will be eligible for Indian citizenship.

Home Minister Amit Shah stated in Lok Sabha that the Bill sought to give Indian nationality to non-Muslim refugees from Pakistan, Bangladesh and Afghanistan who were facing religious persecution there.

Jut after acceding to power for the second time, PM Modi-led BJP government passed the instant triple talaq bill criminalises instant divorce by Muslim men and seeks jail term for the guilty. It was cleared by the Rajya Sabha  with 99 votes in favour and 84 opposing it.

The Muslim Women (Protection of Rights on Marriage) Bill, 2019 that prohibits divorce by pronouncing talaq thrice in one go was passed with 303 votes in favour and 82 against in the lower house.

The Union Cabinet also approved the consolidation of 10 public sector banks (PSBs) into four entities. At present, India has 18 state-owned banks compared with 27 in 2017. After the merger, the number will further come down to 12.