Pariksha Pe Charcha 2020: Narendra Modi said that he hopes that the youth would take it upon themselves to act on some of the fundamental duties enshrined in the Constitution 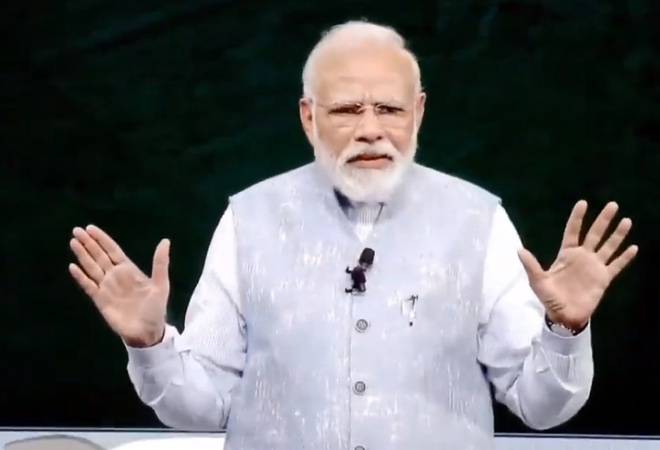 Prime Minister Narendra Modi has urged students, during 'Pariksha Pe Charcha 2020' programme, to strengthen the country's economy by buying local products as the country marks its 75th year of Independence.

"Can we decide that by 2022, when the nation would mark 75 years of independence, we will all buy everything that's India made? We will promote 'Make In India'. This will help our economy. This will strengthen our country," the Prime Minister said while interacting with students, teachers and parents on Monday.

"There are a lot of things that we as citizens can do for the development of our country. We shouldn't let water flow needlessly. We mustn't use electricity more than we need," Modi added.

PM Modi said that he hopes that the youth would take it upon themselves to act on some of the fundamental duties enshrined in the Constitution.

"Today, I am talking to students who would be playing a key role in India's development in 2047, when we mark a hundred years since independence. I hope this generation takes it upon themselves to act on some of the Fundamental Duties enshrined in our Constitution," Modi said.

Also Read: Who is JP Nadda, the man who replaces Amit Shah as BJP chief

The third edition of Pariksha Pe Charcha was organised at Talkatora Indoor Stadium in Delhi. A total of 2,000 students and teachers attended the event, of which 1,050 students were selected through an essay competition. Under this programme, PM Modi had a one to one conversation with students who were going to appear for the exams this year.

While addressing the third Pariksha Pe Charcha 2020, PM Narendra Modi mentioned that choice of career was very important. He said that everyone has to take some responsibility and one can always contribute to the nation while delivering his/her responsibilities.

When students asked about practising their rights and duties, PM Modi, said, "If we do our duties genuinely, then there is no need to ask for our rights."

"We should ask ourselves are we doing our duties effectively," he said.

He advised, "Students should see what they can do right now in favour of their country which can benefit them and the country in future."